Yesterday, tucked in a deep, dark corner of my mother’s kitchen, I stumbled upon a vintage bottle of Bobo The Clown cordial, raspberry extract still inside! Memories flashed back – of scorching summer days in the late ’60s and early ’70s when my brothers and I would cool off under a sprinkler on the lawn and dash into the house to guzzle a glass or two of Bobo with a homemade biscuit. 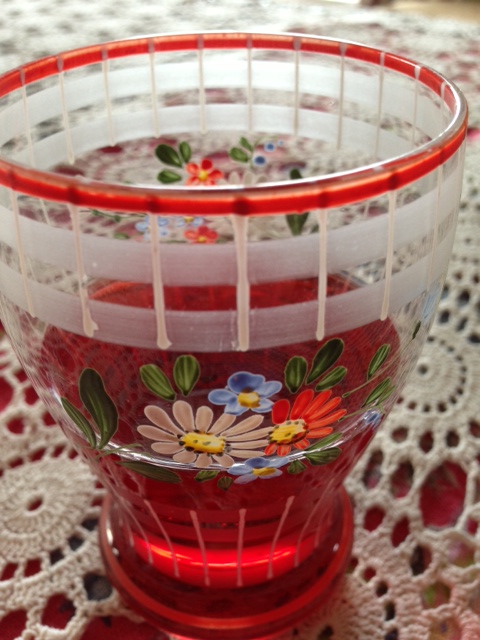 Reading the label today, however, I was quite taken aback. To make the cordial, the recipe calls for 1.5 kg of sugar to be dissolved in two litres of boiling water, the syrup is then cooled and the raspberry imitation cordial extract glugged in. It’s a wonder we weren’t bouncing off the walls with all that sugar and artificial colour and flavour! Perhaps having a farm to run off all that energy helped. 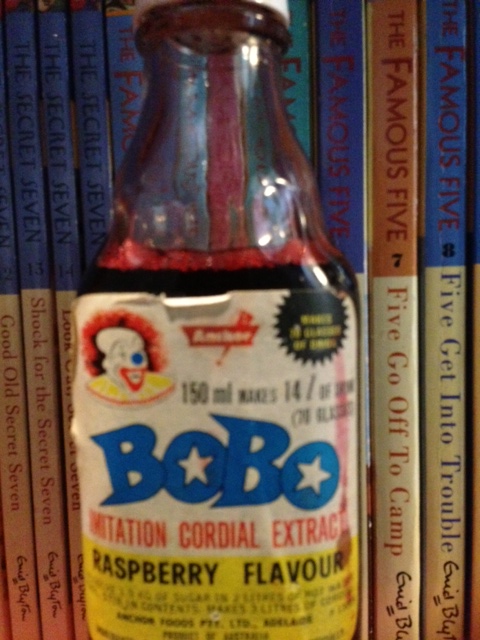 On the top of the bottle is a sticker from Eudunda Farmers Co Op in Naracoorte, a large, sensible store that sold groceries, general household goods, hardware, drapery and clothing. I remember everything being wrapped in brown paper and tied tight with string. Eudundas was a fixture in many South Australian rural towns. On entering the store, you scanned the shelves of account books to find your number (ours comes to mind immediately, 1228), whereupon you could pay cash or book up your supplies for the month. Bonuses were given at the end of each month, depending on the amount of money spent (a precursor to flybuys).

What I loved most about Eudundas, however, was the Flying Fox that flew on wires over our heads across the store (known as the Replica Rapid Wire System). The overhead carrier system whizzed money up to the upstairs office and returned it with change. This is how it worked: the assistant placed the docket and money in a little wire cage and sent it up to the cashier who would count out the change, place it in a container, pull the lever and zoom it back down to the assistant.

As well as Bobo in the summer, we drank homemade ginger beer. Once a ‘starter plant’ was up and running (ginger spice, sugar and water), ginger beer was made every 10 days or so. Exploding bottles were frequent. My father remembers being woken in the middle of a hot night thinking someone was shooting in the paddock, until he realised that it was bottles of ginger beer going off in the cellar.

Soft drinks were reserved for special occasions. (N.B. I recall asking for soft drink when we lived in New York and getting blank stares. For those readers from the US, the term ‘soft drink’ is used in Australia and NZ for soda/soda pop, although, interestingly, my father often still refers to ‘bottles of pop’). Like many rural towns back in my father’s day, Naracoorte had its own soft drink factory, Thos Farmers & Son, where you could buy fizzy drinks with a range of wonderful flavours and names like Frosty Champagne. It was a kind of ‘artisan soft drink factory’ before Halls took them over…Wouldn’t it be wonderful if these boutique factories made a comeback! In the days before fridges, Thos Farmers & Son also had the iceworks in town, where customers could buy blocks of ice to put in their ice chests and cool their drinks.

Unfortunately, by the time ice was transported to the surrounding farms, it was melted, so many farming families relied on their cellar for cooling. In the 1940s when my father was a boy, a bottle of pop was a very special treat. At Christmastime, string was tied around the necks of the bottles which were then dangled into a rainwater tank to keep them cool. 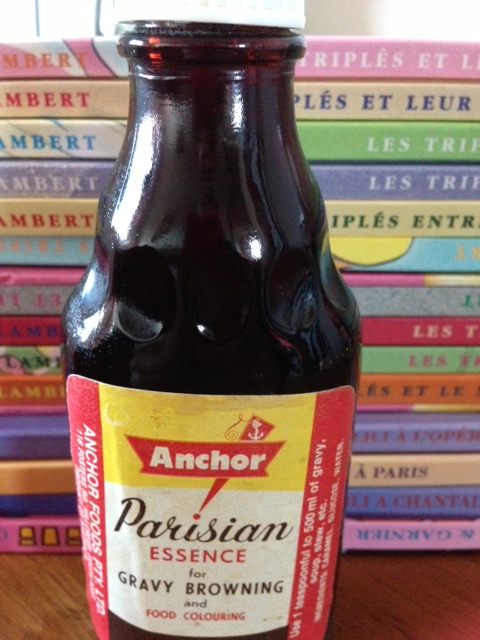 Also in my mother’s cupboards I found another vintage Anchor product, Parisian Essence. I’m still not sure why it is called ‘Parisian’ but I love how the word is written in beautiful French cursive. The burnt caramel essence is used for browning gravy, and enhancing the colour of soups, puddings and cakes…but like the Bobo cordial, this product is now an antique to be admired in the cupboard. I won’t be trying it out anytime soon!