What a month it has been in Adelaide with record heatwaves followed by floods! Rain was still falling steadily on Friday afternoon just hours before the Fringe Parade was scheduled to start, the air heavy with uncertainty. An event that takes months to organise and attracts up to 40,000 people, we all had our fingers crossed that the parade would go ahead. I was especially anxious as my daughter Georgi was Production Coordinator for the event!

The vibrant Fringe Parade kicks off the Adelaide Fringe, an annual, open-access arts festival that runs over four weeks during February and March and ushers in an exciting carnival atmosphere. This year it runs through to 16 March. Artists from all over the world converge on Adelaide for Australia’s largest arts event and the streets come alive as a fun, spontaneous vibe takes over the city. Local artists also get in on the act, and there are special free events that run through the program, including the parade.

Its growing popularity has seen the festival spread into the burbs and regional South Australia and this year a record 977 Fringe events are being staged in more than 350 venues – ranging from quirky pop-ups in lane-ways and warehouses to shows in galleries, cafés and theatres.  The 2014 program boasts an astounding variety of shows and a diverse range of art forms from circus, dance, cabaret and theatre to music, comedy, film and visual arts.

‘The Fringe is an extraordinary event unlike any other, at which audiences and artists collide in an explosion of art, entertainment and great fun.’

As if by some miracle the downpour of rain stopped just in the nick of time, the water evaporated like magic from city streets and the 2014 parade kicked off with an vibrant explosion of colour and light. This year’s theme for the Fringe is ‘Two Colour Collision’, and we were treated to a kaleidoscopic crash of colour as sparkling lights moved along the street to the rhythm of dance music. Floats, artists on stilts, acrobats, dancers and camels made their merry way along the parade route, which culminated at Victoria Square in a spectacular fireworks display. 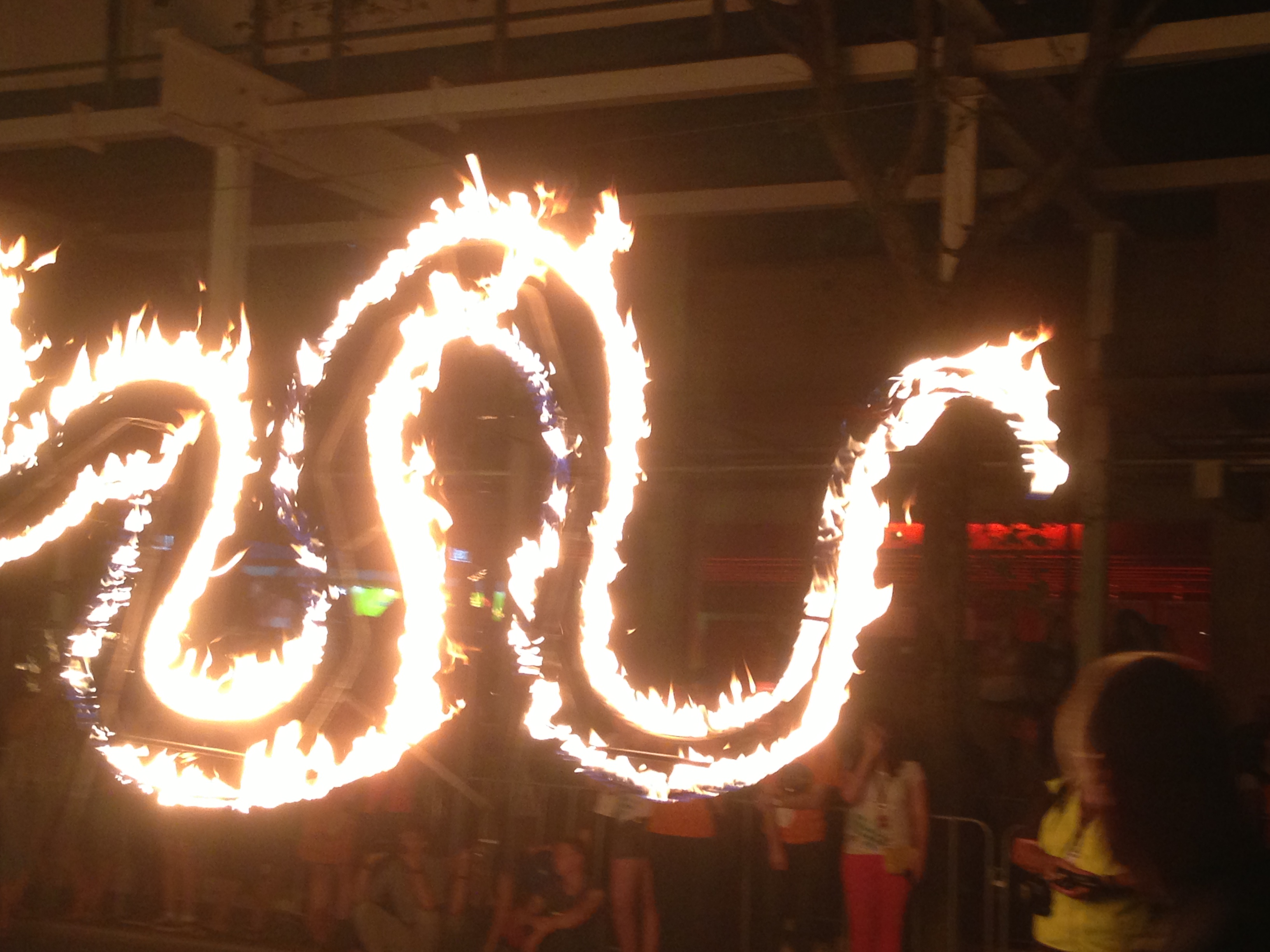 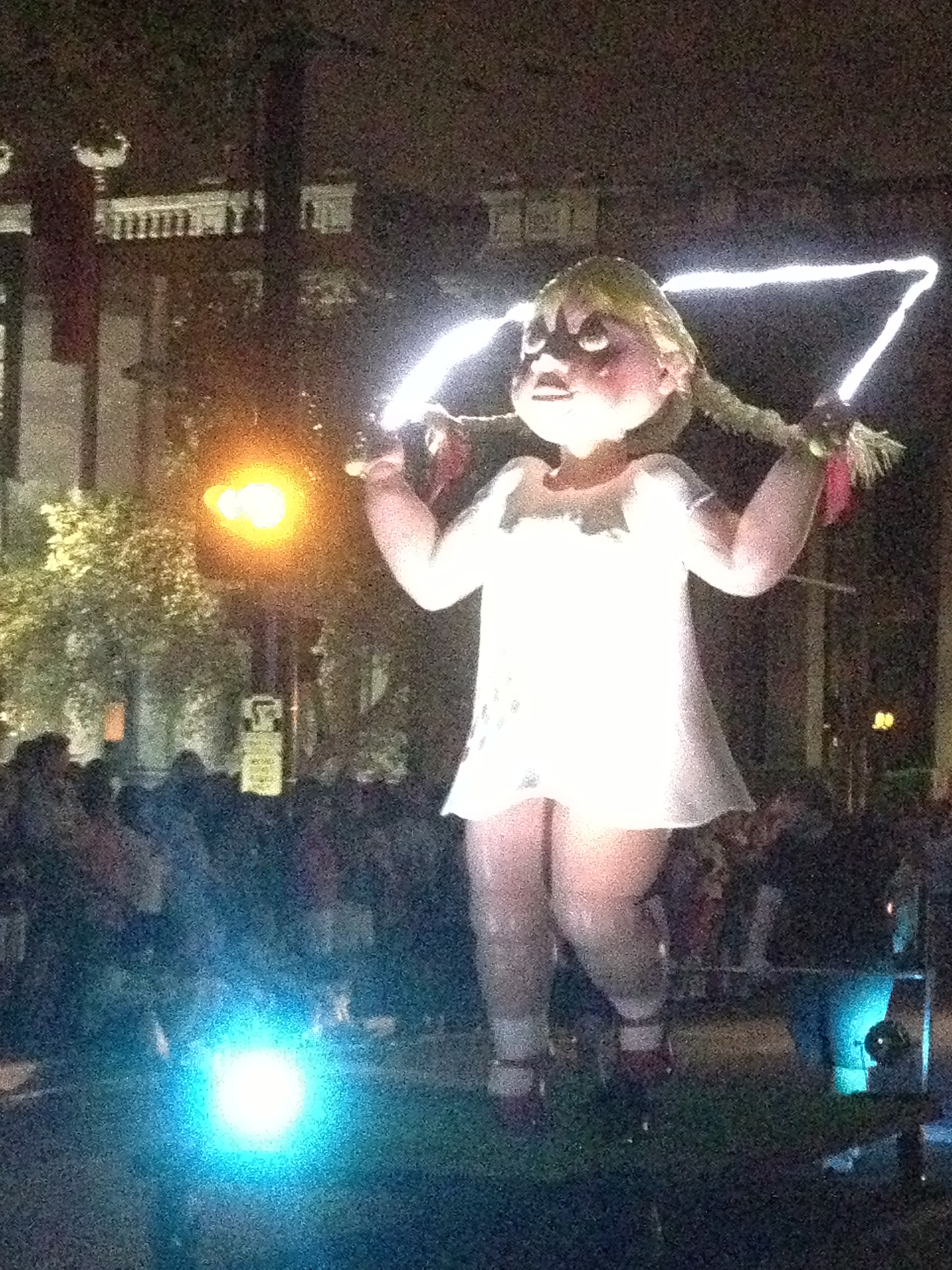 Highlights included moving fire sculptures, the Cooper’s float featuring a trailing dress made of Cooper’s beer cans, and a giant skipping girl surrounded by young performers from Cirkidz. Fringe Ambassador Katie Noonan glided by in her pretty live projection frock and the BankSA float was topped by Fringe Club host Fez Faanana, resplendent in a ring of LED lights.

The final float was an amazing 13 metre Disco Cuttlefish that changed colour before our eyes. Native to the Southern Coast of Australia, the giant cuttlefish is a unique creature that has the ability to rapidly change colour and adopt striking patterns. The males set out to dazzle the females with a strobe effect on their skin. A vibrant finish to a wonderfully entertaining evening of colour collision!

Here are a couple more pics from the evening, but to see some great pics of the giant cuttlefish and other floats, visit the Adelaide Fringe website above. 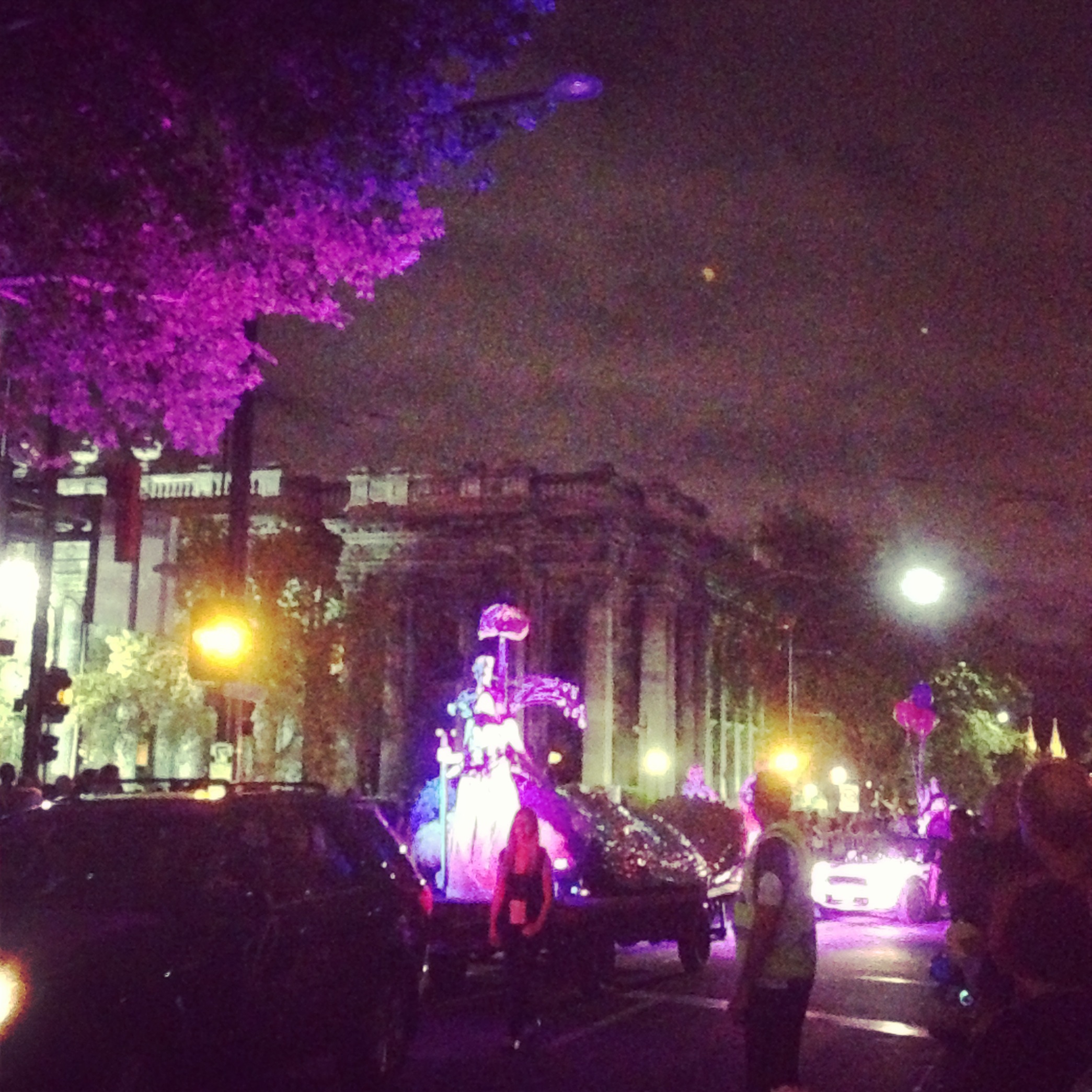 If you missed the parade, don’t despair, there are still hundreds of exciting shows and events on the program, so get yourself into town and join in the fun. Hopefully the weather will behave itself!

You Wanna Talk About It presented by: isthisyours? (Theatre)