Those of you who are old enough will remember ‘school milk’. How could you forget! This public health initiative called the Free Milk Scheme went national in 1950 and was aimed at improving the nutrition of all Australian children. Milk was supplied to kindergartens and primary schools so that, in theory, no child under the age of 13 would go without. The scheme ended in 1973, unable to be justified on nutritional grounds in children over seven. 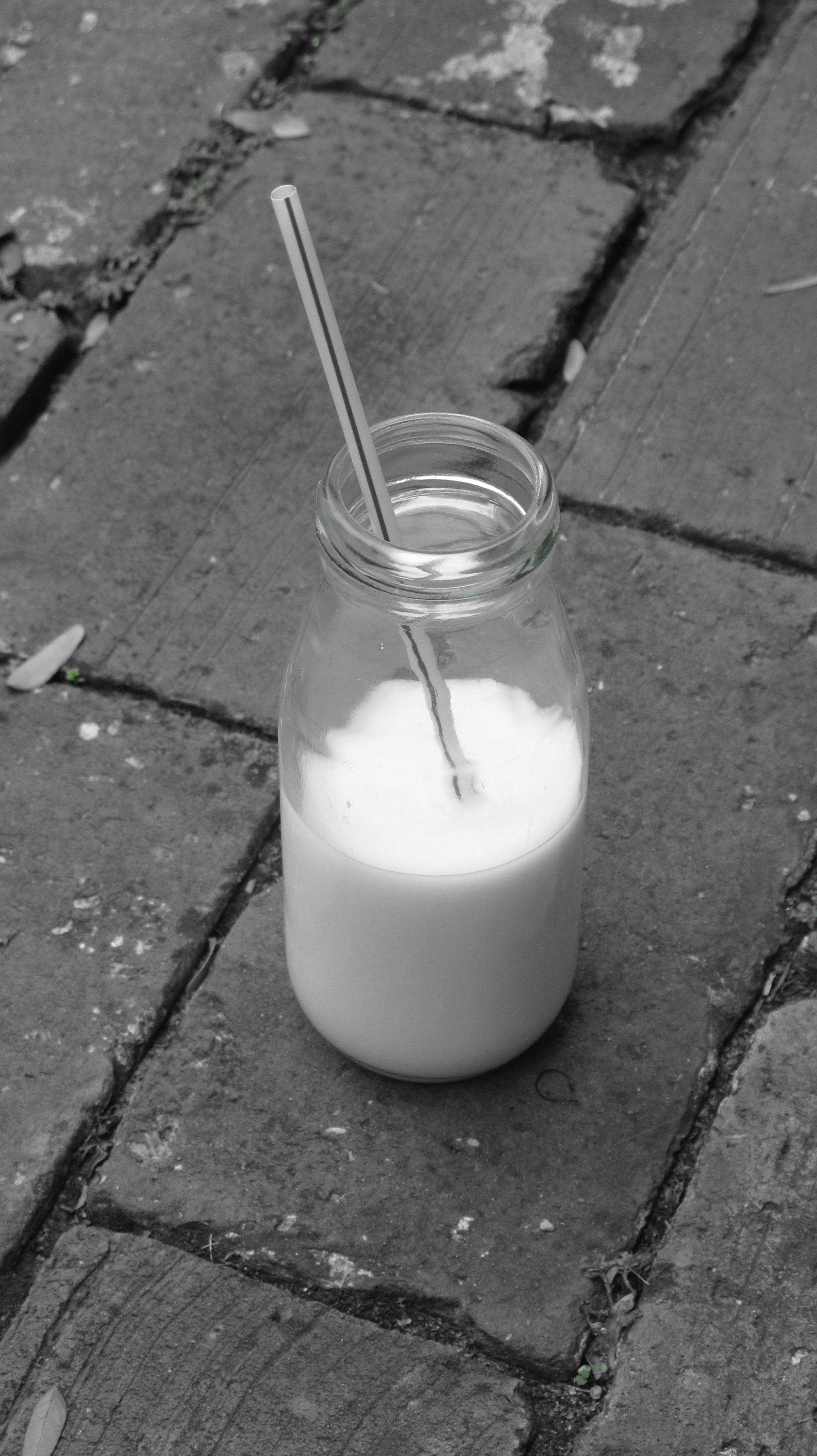 Speaking to friends about school milk recently, it seems this daily ritual divided us neatly in two camps; you either loved or hated it! It went like this…Crates of small glass bottles containing 1/3 pint of milk were delivered to classroom doors early in the morning and here they sat in the sun until recess time. On hot days the milk was already quite warm but we were not allowed to play until we had at least attempted some. There were two ways of taking your milk. Those who loved milk (mostly the boys, from memory) would first shake the bottle vigorously to distribute the thick plug of cream that sat on top, punch their thumb assertively through the tin bottle top, milk spurting, and skull it down in one go, finishing with milky moustaches and satisfied sighs. 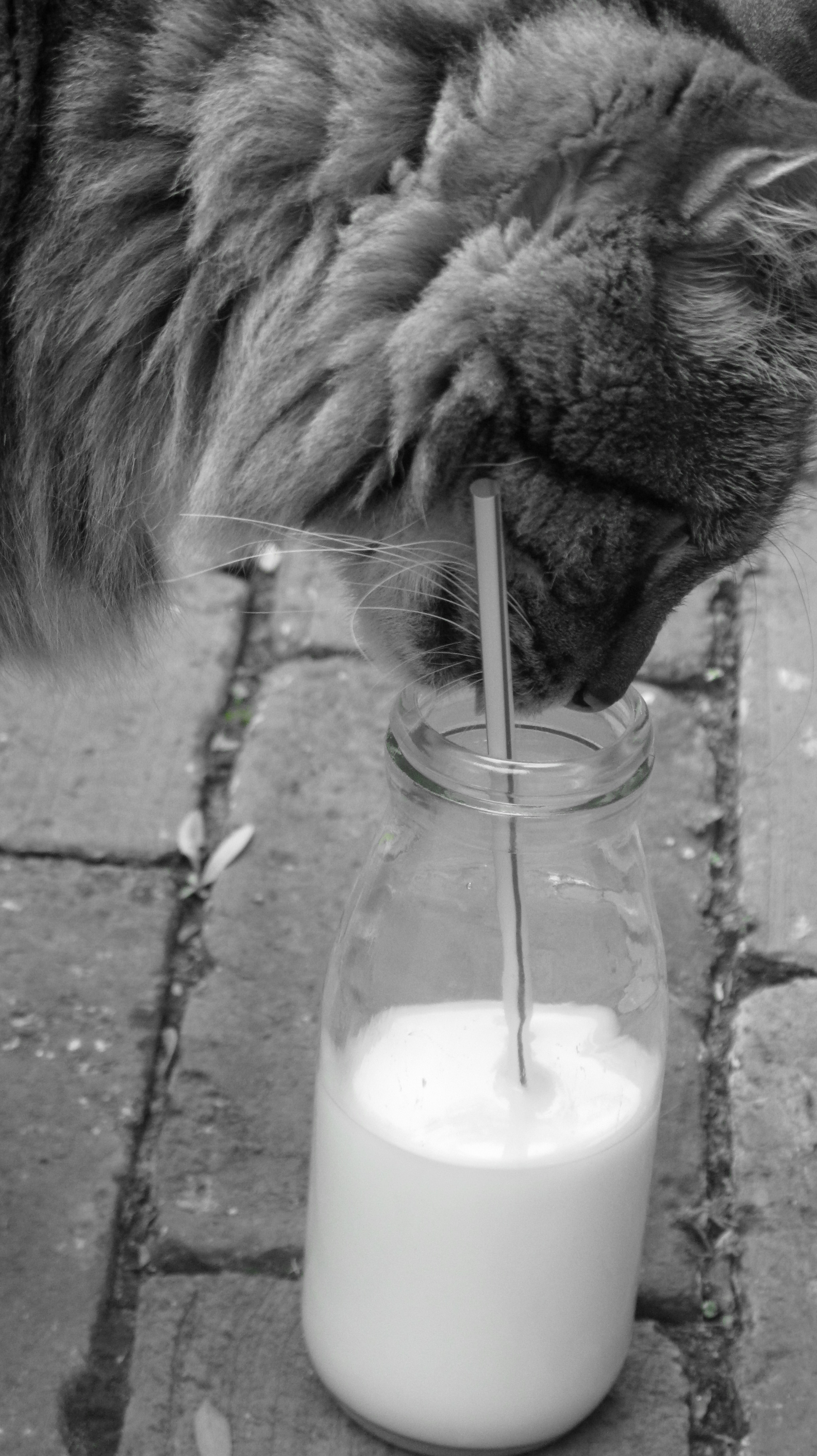 Trying to recreate a shot of school milk in the garden with our curious cat!

Those who loathed school milk would sip ever-so-slowly through a plain white paper straw willing the bottle to empty. Sometimes a note was produced from a parent with all sorts of excuses as to why Johnny shouldn’t have his milk today, while a few creative kids slipped some Quick into the bottle to flavour it and make it more palatable. The scheme was possibly responsible for putting half of my generation off milk!

In upper primary school, my friend Craig and I were bestowed the dubious title of class ‘Milk Monitors’. Our job was to carry the crate of unopened and half-drunk bottles down to the lunch shed troughs, empty them down the drains in a sea of white, then rinse the bottles and put them back in the crate. Craig happened to be one of those boys who loved milk and I watched incredulously as he downed as much leftover milk as he could!

Did you love or hate school milk?