On the weekend I went to a wonderful recital by Konstantin Shamray at Elder Hall. The young Russian pianist began his studies at the Kemerovo Music School at the age of six, and and is currently studying at the Musikhochshule Frieburg in Germany. Konstantin made a splash on the international scene when he won the Sydney International Piano Competition in 2008, becoming the first in the history of the Competition to win both first place and the Peoples Choice Prize. Since then he has performed in concert halls around the world and appeared as a soloist with many international orchestras, receiving critical acclaim. Last month he received a standing ovation for his solo recital in the St Petersburg Philhamonia – Small Hall. 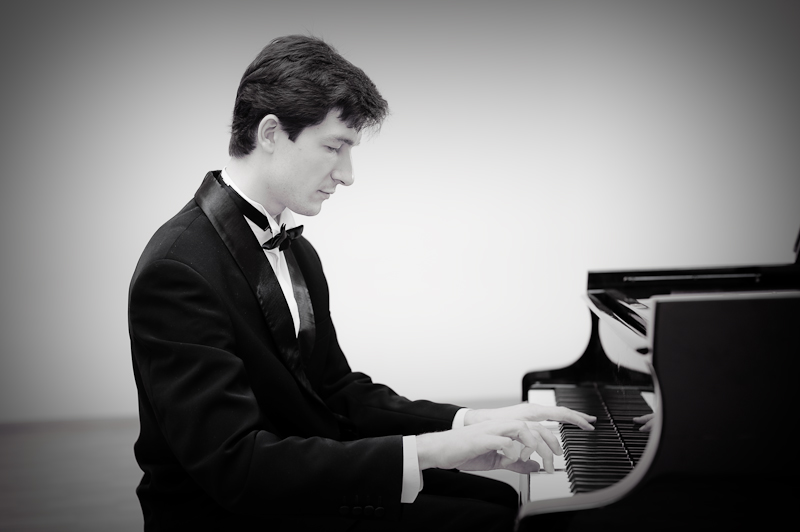 The concert program included Beethoven’s Piano Sonata No. 30, Evening Star by Wagner, and Valse Oubliee No. 1 by Liszt. I loved Bach’s toccatas, which demonstrate the two extremes of expression (found in art, love and life) from the impulsive, instinctive and wildly passionate to the more measured, controlled and stringently refined. 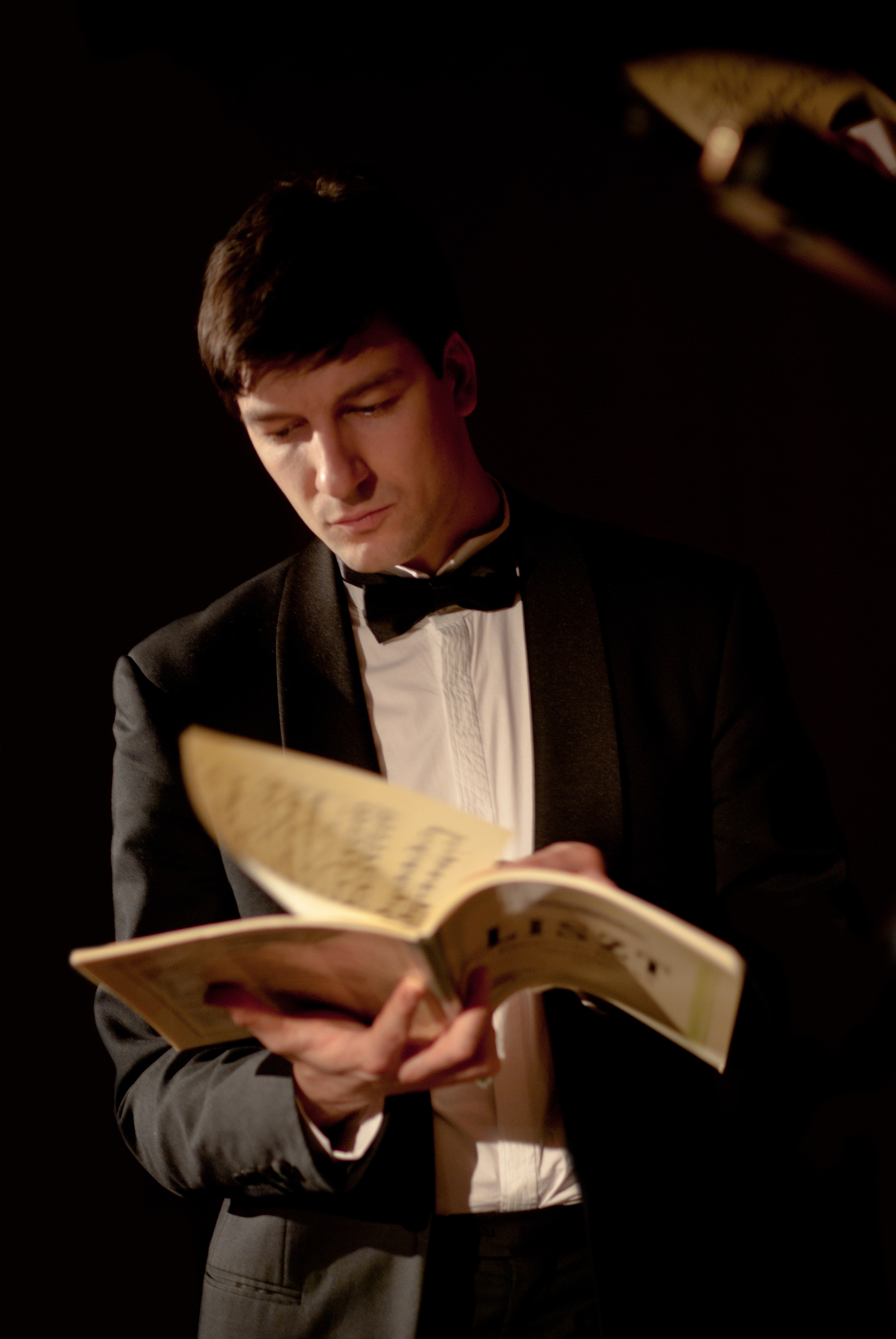 I urge anyone who is a lover of classical music to go and hear Konstantin, wherever he is playing in the world, but his music is not the only reason I’m a fan. This charismatic boy with boundless energy is engaged to a girl called Mekhla who is like a daughter to me and grew up over the back fence.

Mekhla Kumar is a highly accomplished pianist in her own right. Her Bach Festival program was the most original and enjoyable concert I have heard in years. It demonstrated her depth and understanding of these complex works and embraced a wide range of sonorities that the piano had to offer. After starting her studies in Adelaide she recently completed her master’s degree at Frieburg University of Music and plays professionally in Europe. 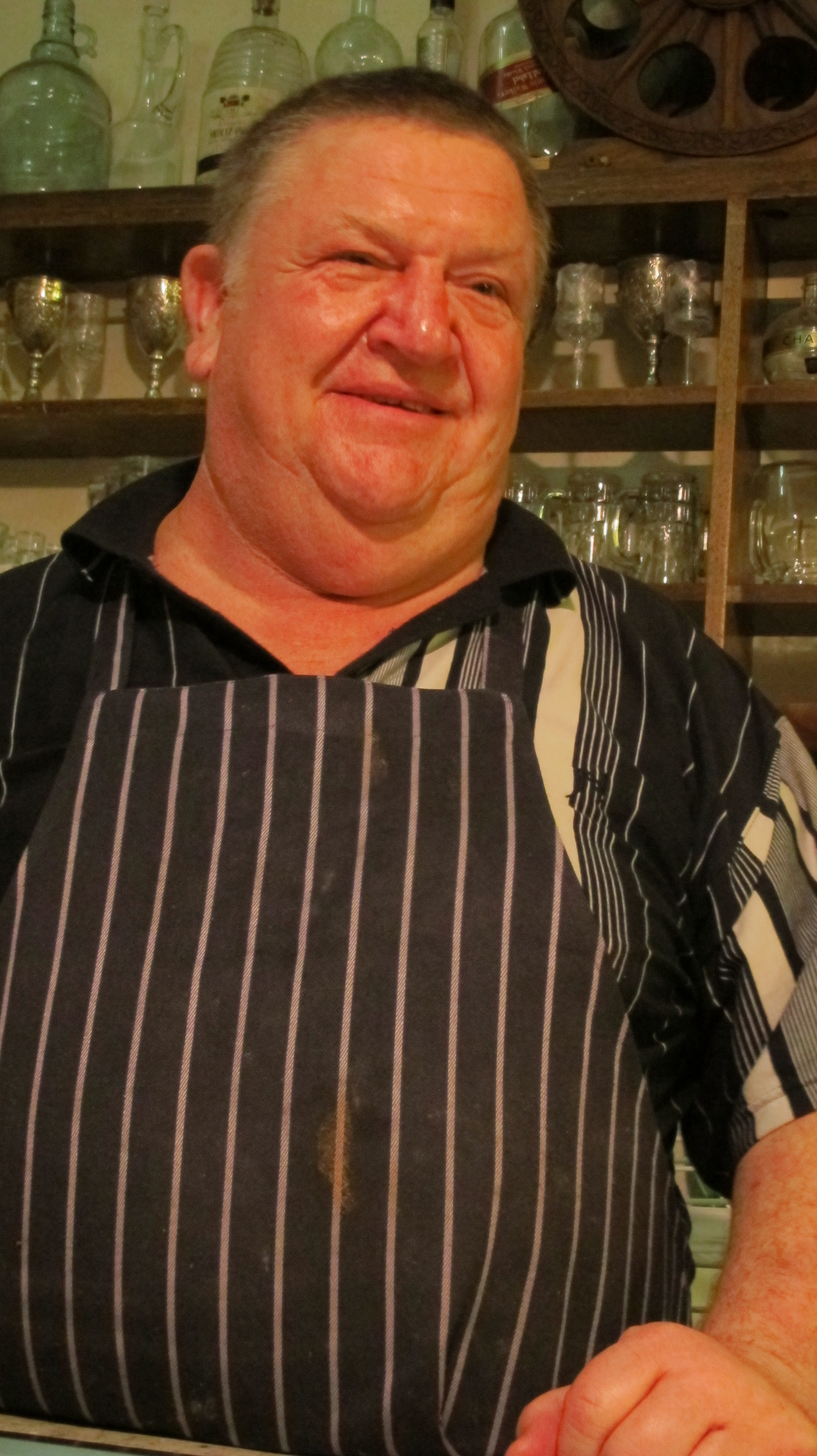 By the time Konstantin signs CDs after the concert it is well after 9. 30 pm. Where does a group of ravenous family and friends snag a table for dinner in Adelaide at that hour? Stan  saves the night. He calls Don Pelosi, an Italian friend of 40 years who runs Feliciano’s restaurant.  ‘Come down. I’ll squeeze you in and rustle something up,’ he says.

Situated at 57 Gilbert Street in the city (ph: 8410 0222, there is no website), the tiny restaurant has distressed-brick interior walls and just eight or so tables. There is nothing measured, controlled or restrained about the place. It’s informal, immediate and unpretentious, and Don is an improviser.

There is no menu. Don brings out whatever he likes. An antipasto plate perhaps, and pasta of some kind…his gnocchi is apparently excellent. He wants guests to feel like they are in his home, and it’s very basic fare. Tonight, at 10 pm there’s not much left. ‘If I had known you were coming, it would be different.’ Despite this, he offers warm hospitality and once the food ‘finally’ starts, it keeps coming. Stan says that many of the guests are people who have known Don for years and he has a loyal following. While we linger over drinks, the kitchen runs out of lettuce and one of the guys at the next table dashes out to buy more, presumably from the nearby IGA,  so that we can all be fed. 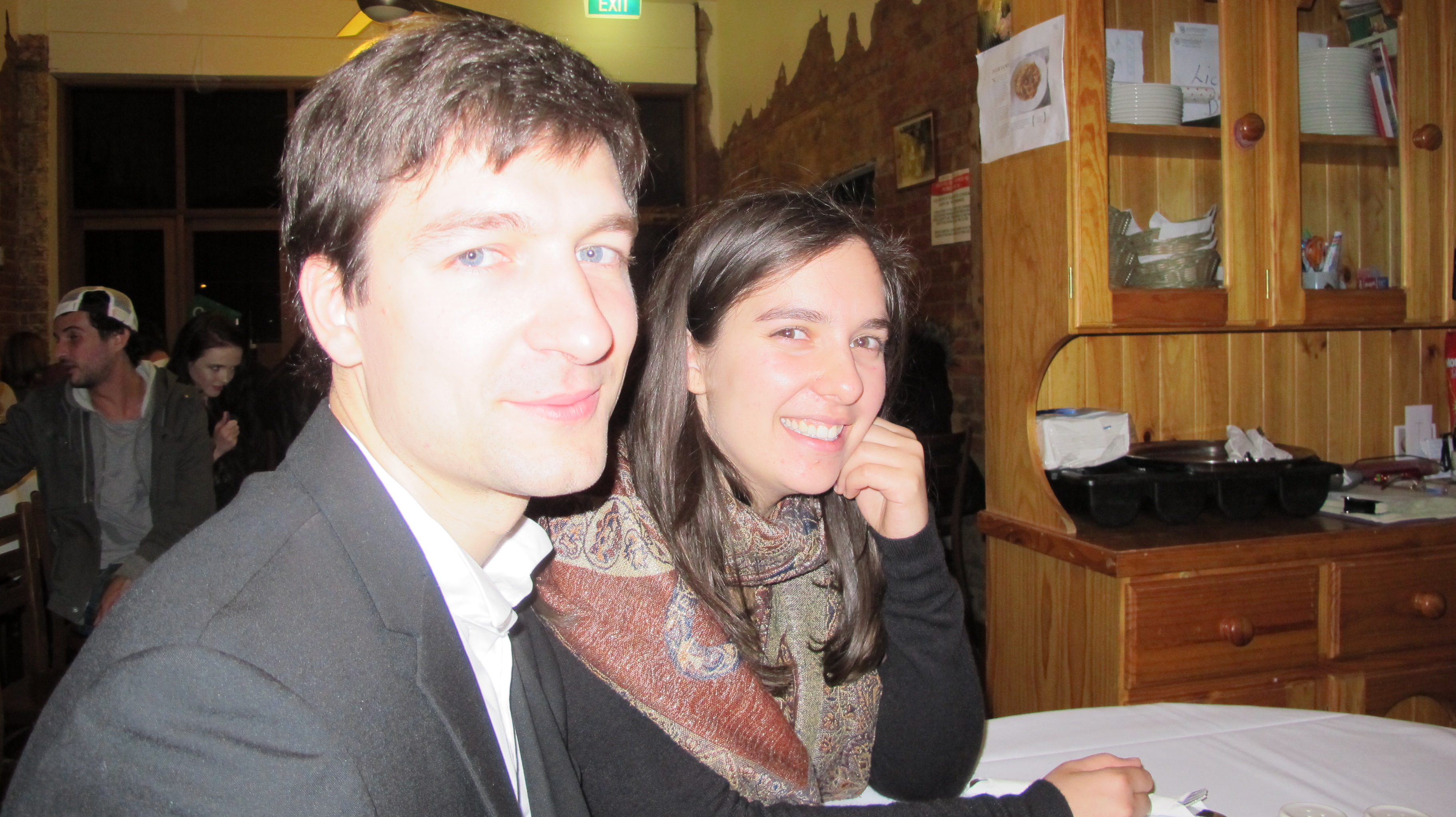 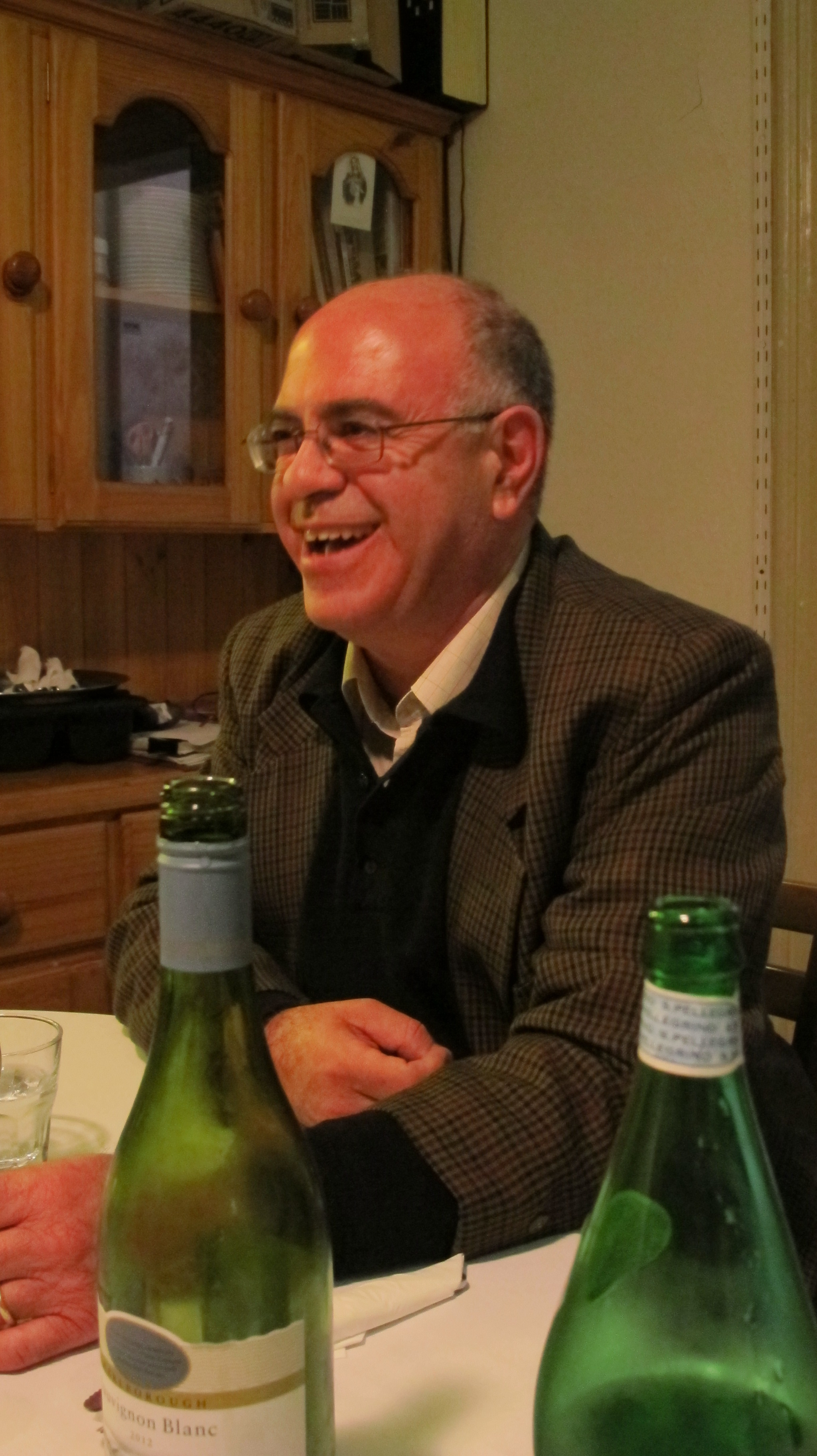 Soon after we arrive the lights are dimmed and the music is turned up; very different music from the first half of the evening.  It’s a night of contrasts. Don bangs down a bottle of white wine on the table and a plate of crispy chicken wings smothered in brins of rosemary as the Blues Brothers blares. A couple of girls at the far table get up and dance to Honky Tonk Woman. Stan goes behind the bar to find another bottle while Maria goes into the kitchen to check the pasta pot. We are ravenous! We devour our bread and baby roast potatoes while the whole restaurant claps to the Bee Gees Stayin’ Alive.

A dish of fat sausages comes next. We grab our knives and forks and cut off slices. ‘I wasn’t happy with the sausages I could buy so I get a guy to make them especially for me,’ says Don. They are spicy and sauteed in a rich red wine sauce. 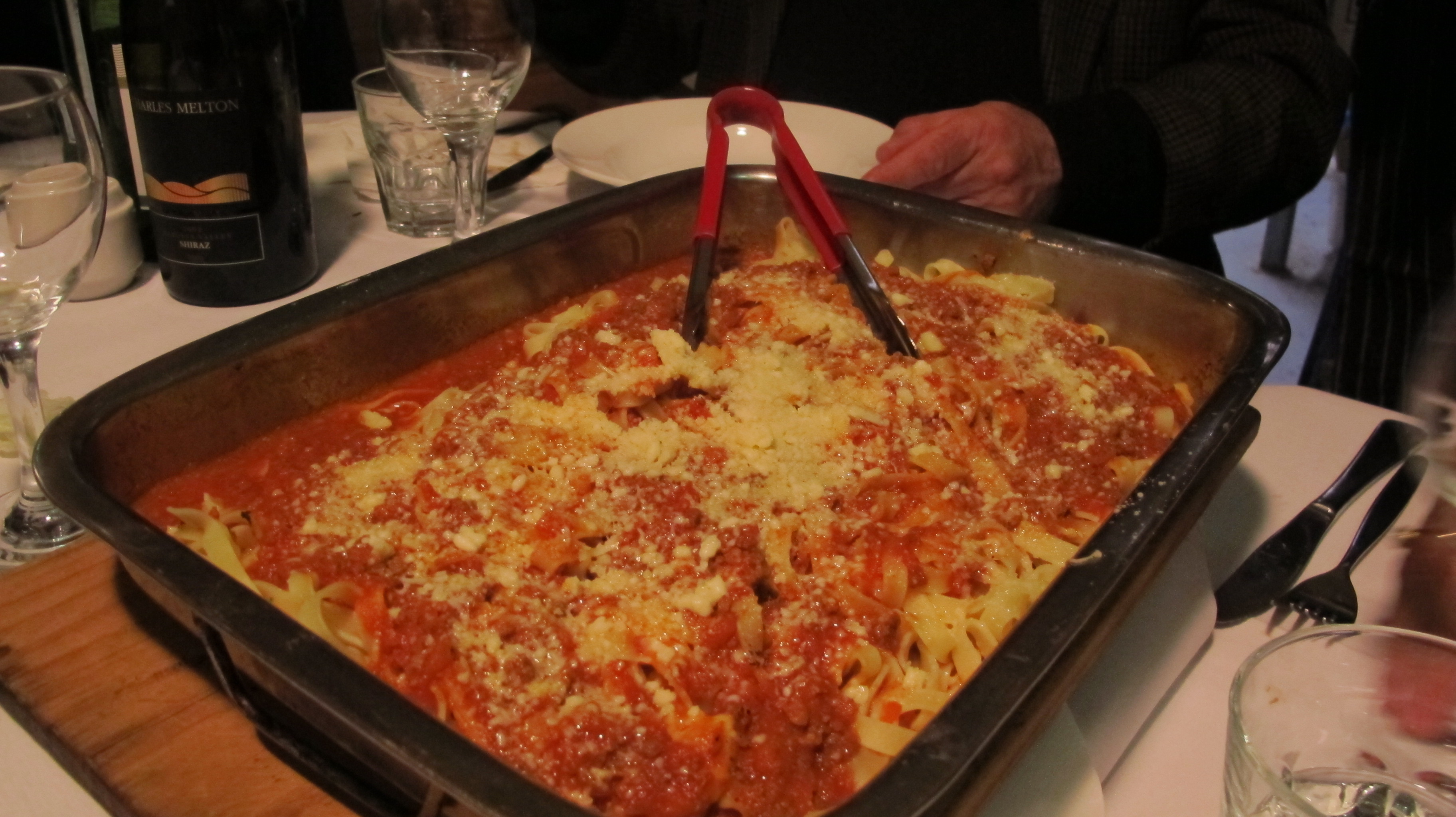 By the time our enormous dish of tagliatelle al’ bolognese arrives it it 11. 30 pm and everyone in the restaurant is up and down from their seats. Tonight is more about the company and the atmosphere than the food. It’s crazy and fun and half the customers are dancing to Johnny B. Goode. A guest at the adjacent table offers around homemade brownies. 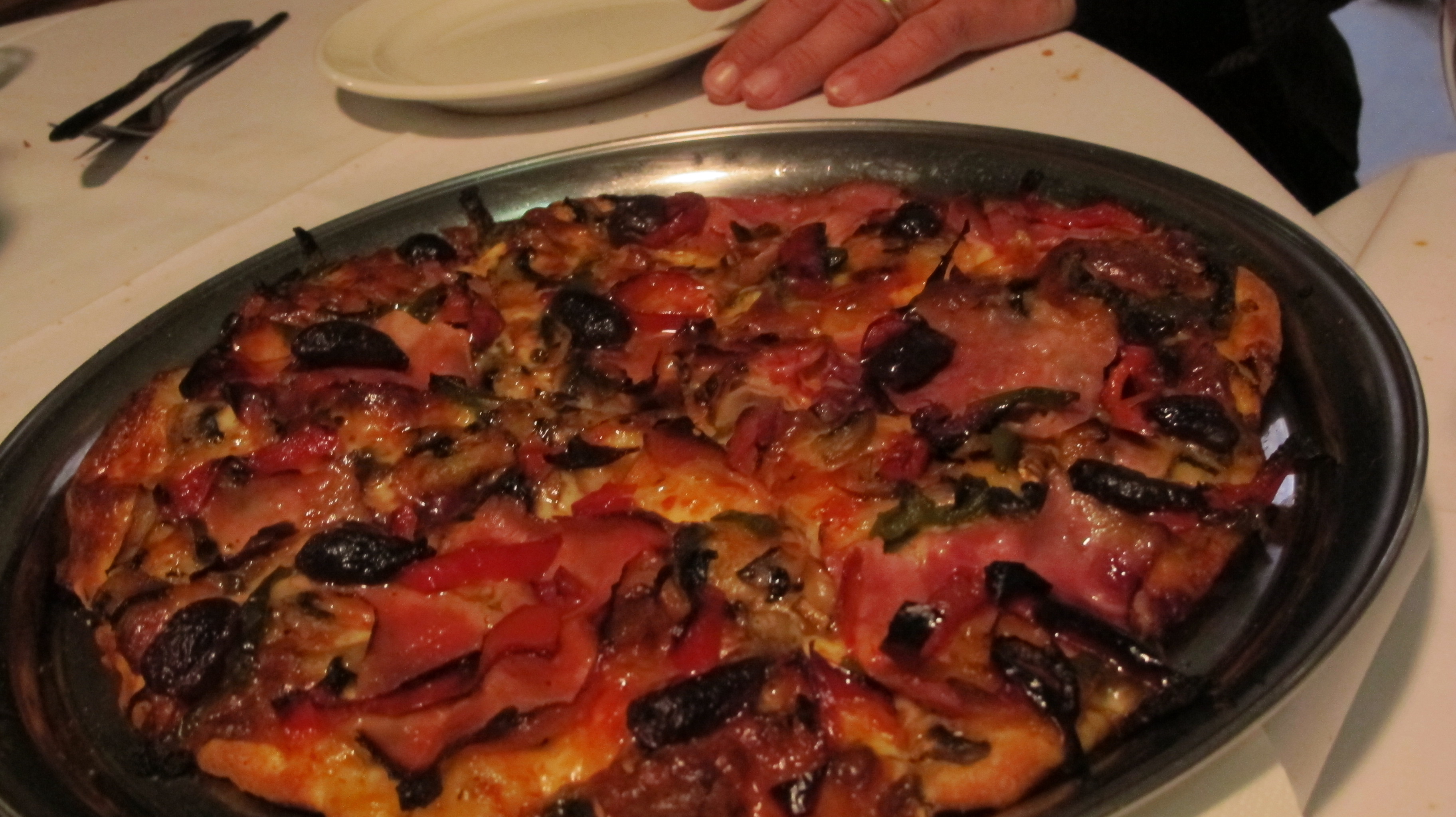 A delicious pizza comes next, topped with ham, mushrooms, olives and cheese as the restaurant becomes a private party. ‘Karaoke without the machine,’ says Stan. We have to plead Don to stop cooking pizzas, and leave late into the night, full and happy, to the beat of Nutbush City Limits.

Konstantin, you are a sensation and… 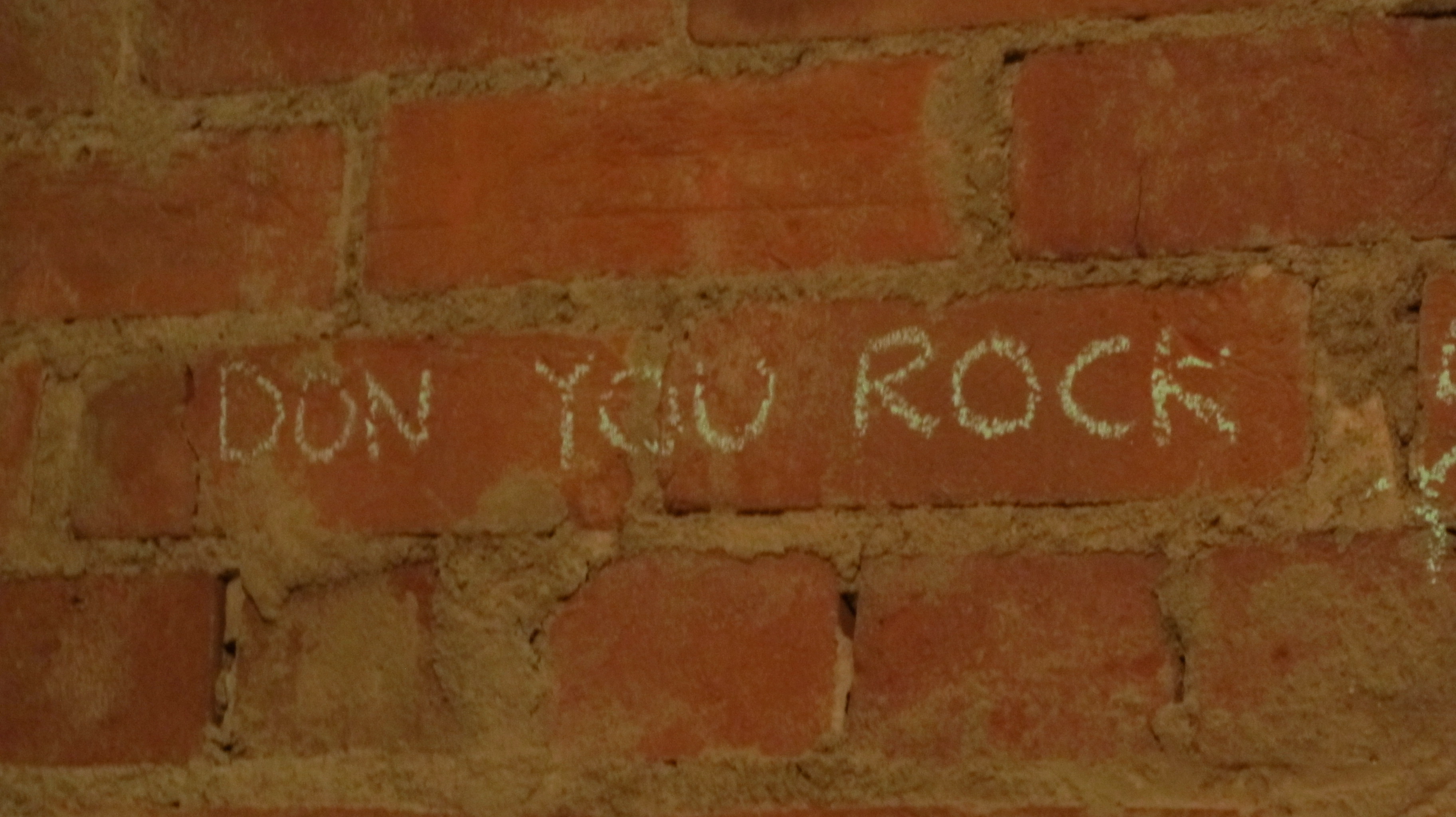