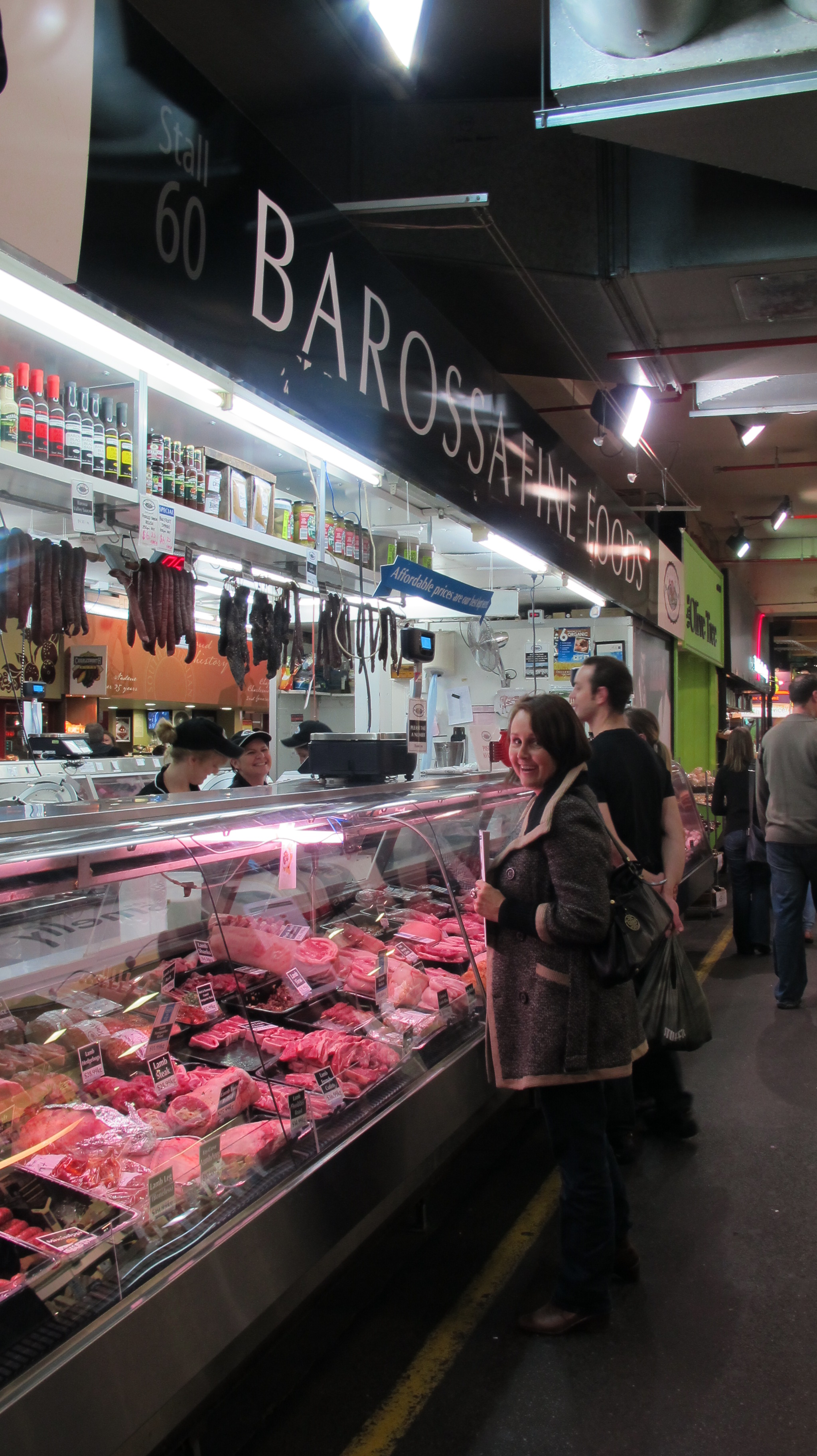 Anita at the Barossa Fine Foods stall in the market

The sprawling Adelaide Central Market is a food Mecca for multicultural cuisine and fresh produce, and a much loved South Australian icon. On Friday evenings it’s a wonderful, lively place to be. Families and friends fill their baskets for the weekend and meet up to slurp bowls of spicy laksa, but last Friday night my friend Anita and I had a different agenda.

Away from the buzz, we climb the stairs to the Central Market Kitchen in eager anticipation of our Smallgoods Appreciation Class with Barossa Fine Foods. The family-owned company, with a stall in the market below,  handcrafts products to traditional recipes and is Australia’s most awarded smallgoods maker.  For those not familiar with the term, these gourmet meat products are also known as charcuterie and aufschnitt. 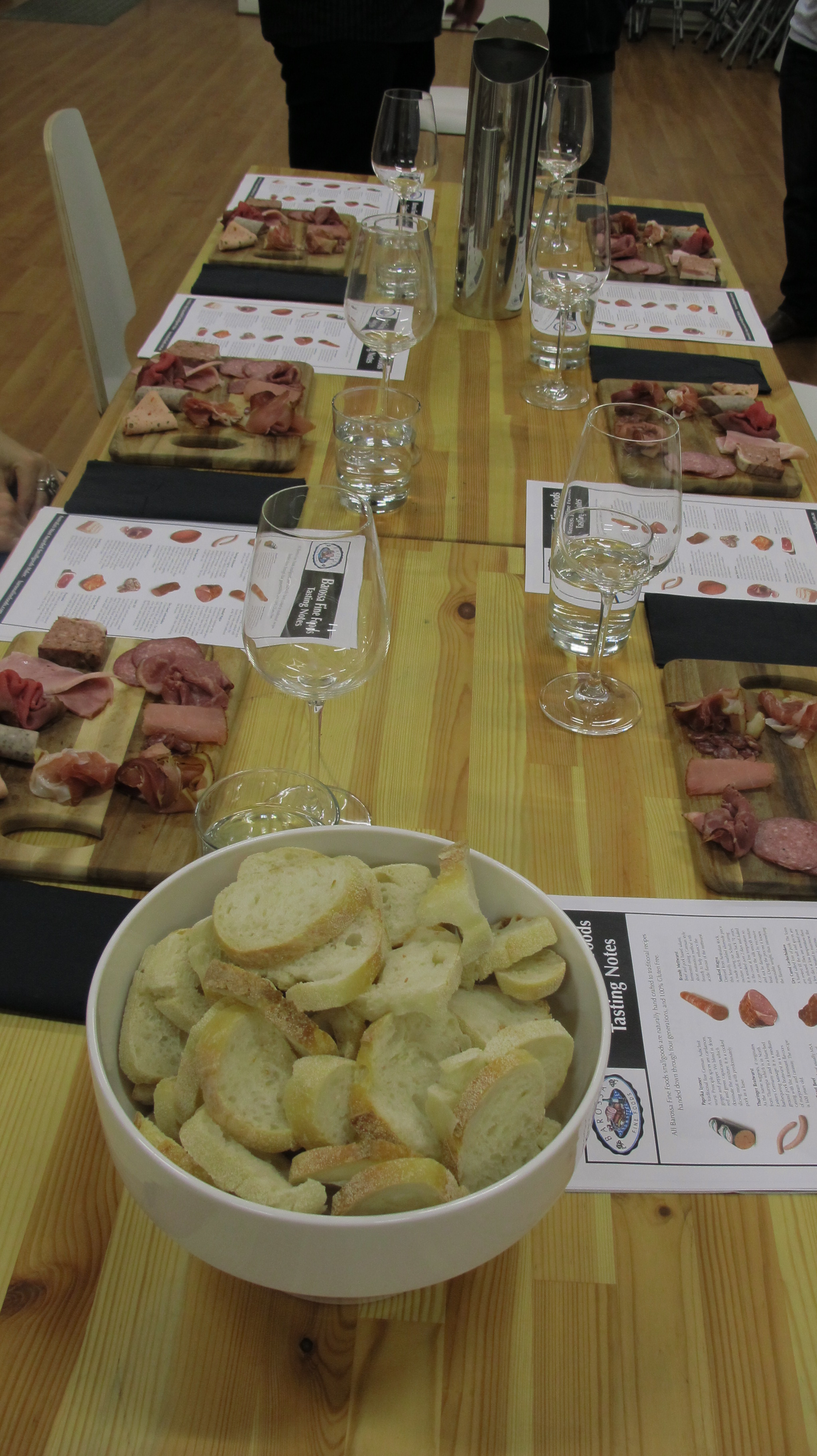 There are just six of us in the class. We sit around a table, each with our own wooden board topped with 11 different products to try. Alex Knoll is taking the class this evening, one of four brothers who learned from his father, from knowledge passed down from his father, who learned from his great-uncle. The family hailed from Germany where there was a rich history of smallgoods, and where compromise was not an option. When the family arrived in Australia they were used to strict industry guidelines concerning charcuterie, Alex explains, but in Australia the industry worked in hot sheds, and the meat wasn’t as fresh as it could be.

Alex’s father Franz is the creator of many of the products, a man truly passionate about smallgoods. As we try the rare roast beef Alex tells us that his father is always perfecting. ‘If the pepper is different in a batch, perhaps lighter in flavour, he will change the amount of pepper. It’s a labour of love…We have to think of the consumer, take the ego out of it.’ Traditional methods are used, but if it doesn’t work for a particular piece of meat, the process is adapted. The idea behind the rare roast beef, which is incredibly good, is the taste of a Sunday roast the day after. ‘It’s about food memories and recreating the Sunday roast.’ 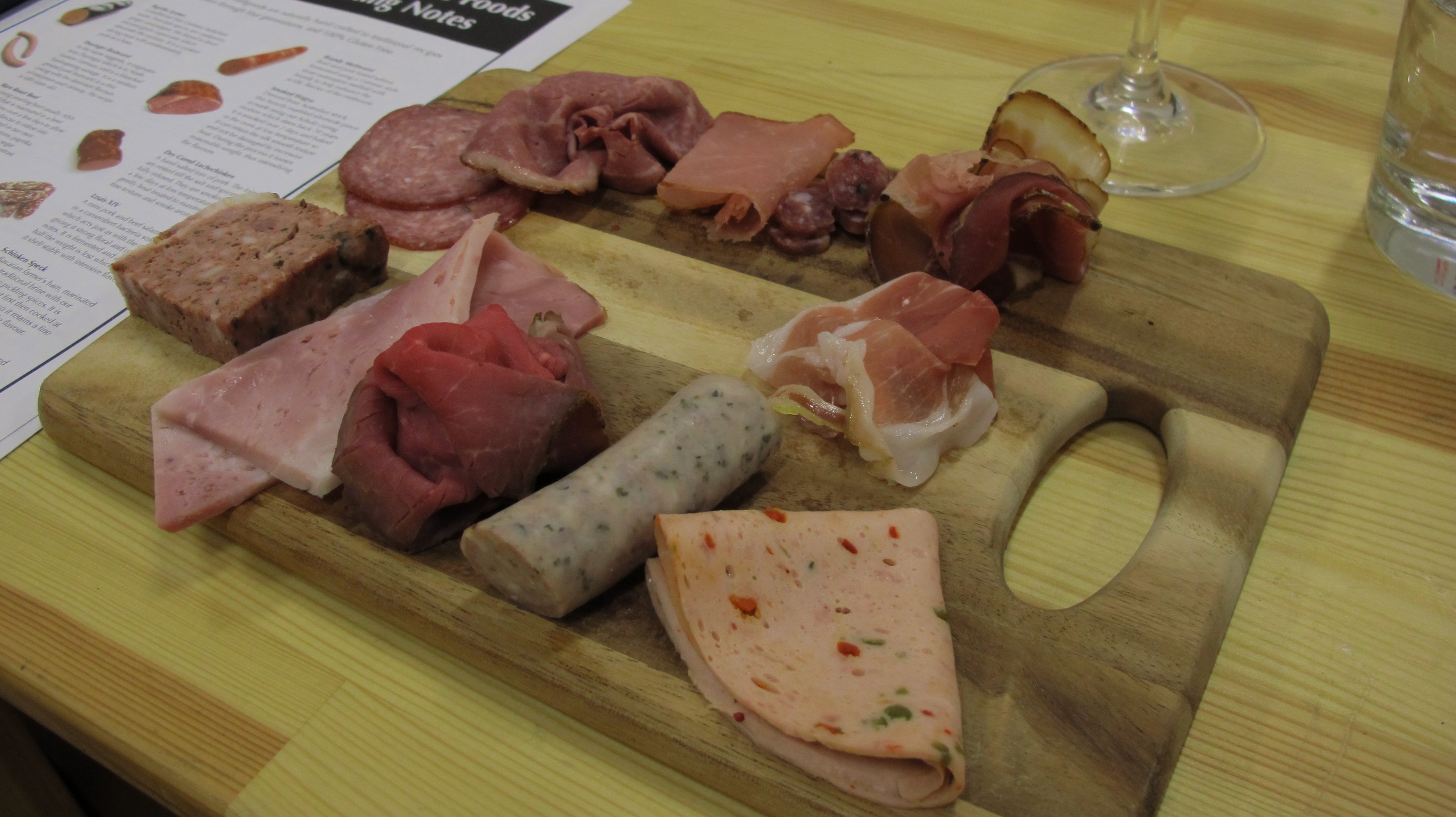 Next, we sample the Spiral sliced ham with rounds of French Provincial style sourdough. There are moans around the table. It’s an American invention where the cured, smoked and cooked ham is sliced on the bone. Maple syrup is added before it is smoked and it has all the characters of being cooked on the bone yet with the ease of carving. ‘We wanted to give our customers Christmas ham every day of the week,’ says Alex. He talks about the resurgence of the charcuterie board as we tuck into duck terrine (2010 champion in the gourmet category at the Sydney Royal Fine Foods Show), and he tells us that hotels and pubs are now buying a better calibre of smallgoods. 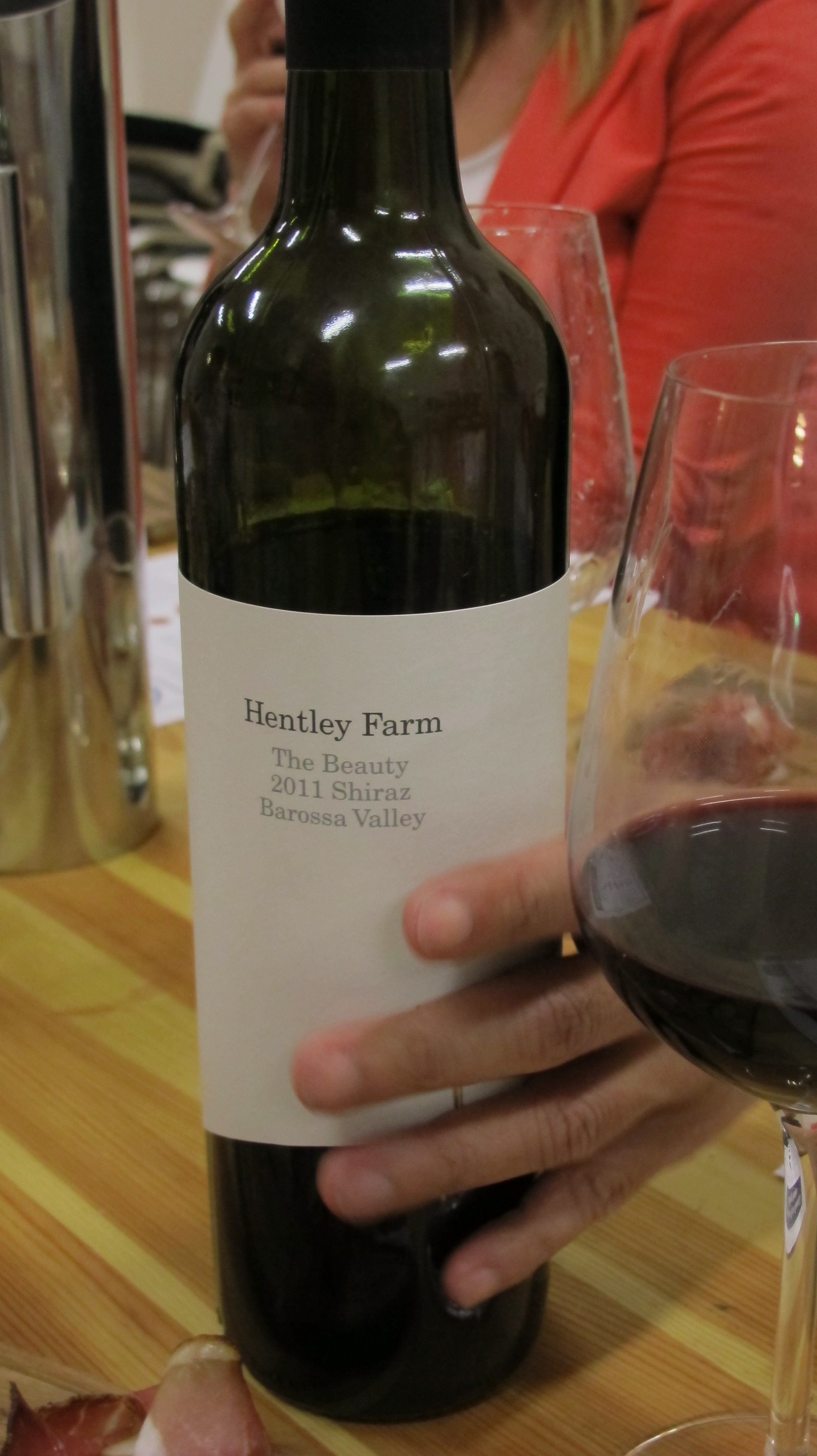 As Alex explains ingredients, processes and traditions, we sample three wines from Hentley Farm, a boutique, single estate vineyard in the Barossa Valley. The smoked Wagyu goes well with their 2012 ‘The Stray Mongrel’, a blend of grenache, shiraz and zinfandel (don’t Australians just have the most inspiring names for wines!). Alex relays that he bought too much Wagyu so they had to create a product to use it up. Of course the special thing here is the marbling that gives a silky soft, tender texture. ‘It tastes a bit like cheese and bacon rolls,’ he laughs. He warns that you do have to be careful of the word Wagyu, which has become a food trend. ‘There are so many variations that don’t meet the criteria.’

Alex peppers the class with anecdotes but the story of Louis XIV is my favourite. This mini pork and beef salami is fermented and aged until half its weight is lost, which makes it shelf stable with intensive flavours. In France, it is known as saucisson sec, and eaten sliced, often as a simple aperitif. Franz had tasted saucisson sec on a trip to France and became so obsessed that he ate it at every opportunity. He even brought back an empty package in order to try and recreate it at home. ‘It took a long time to get right,’ says Alex, ‘nine months or so. We wasted nothing in our family and that meant we ate a  lot of sausage!’ At the Adelaide Food and Wine Show a couple of years ago a Frenchman requested a taste of some Louis XIV. He moaned and groaned and when he was asked if anything was wrong he said, ‘This is not Louis XIV, it is saucisson sec! Every day after school I would run home and cut some off to eat. Thank you so much for taking me back to France.’

‘When my father finally got it right, it was all worth it.’