There are surprisingly few French cafés and restaurants in Adelaide so when my daughter Georgi excitedly told me that an authentic French crêperie had opened up in the East End, just a couple of streets from her apartment, I couldn’t wait to visit. Yesterday morning, I finally made it to Le Carpe Diem with my youngest daughter Anni, who has already made it her ‘local’.

We are greeted with a round of friendly bonjours and the sweet smell of French pastries: pains au chocolat, croissants and sticky pains aux raisins. The two storey crêperie is cosy and pretty with an urban-farmhouse feel and French touches. Garou is playing in the background and steam swirls from a crêpe sizzling on the hotplate. Despite only being open for seven weeks, the place is full. 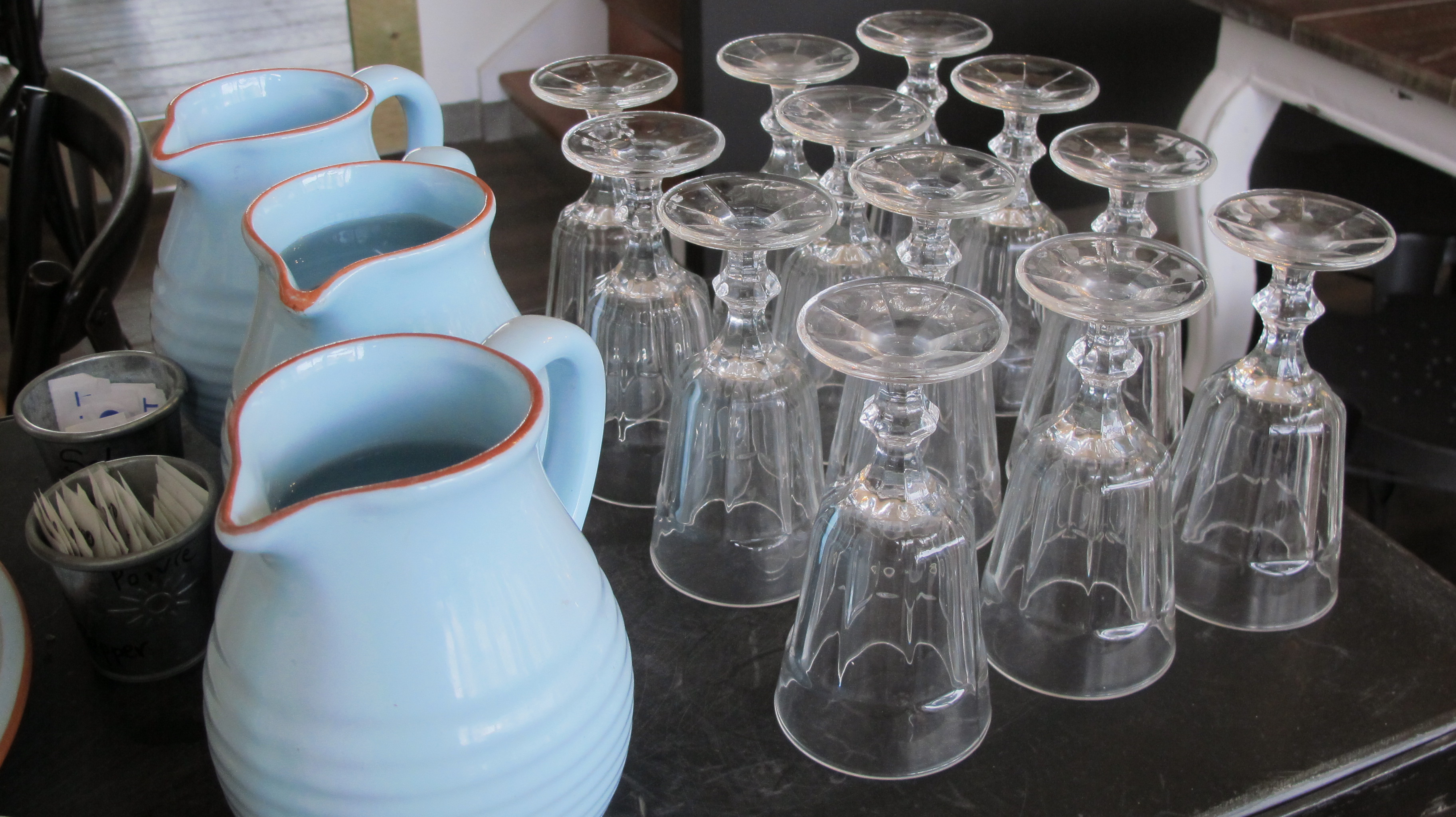 In true French style the crêperie offers an extensive list of paper-thin galettes (savoury crêpes), their crisp lacy edges folded into big square envelopes, and tender dessert crêpes made from wheat flour. Among the sweet delights are ‘chocolate, banana and coconut with coconut chocolate ice cream’, and simple classics like sugar and lemon (an inexpensive snack at $5) and chestnut cream. The galettes are made from buckwheat flour, which is gluten free, and diners can substitute a sweet crêpe with galette batter if they wish. 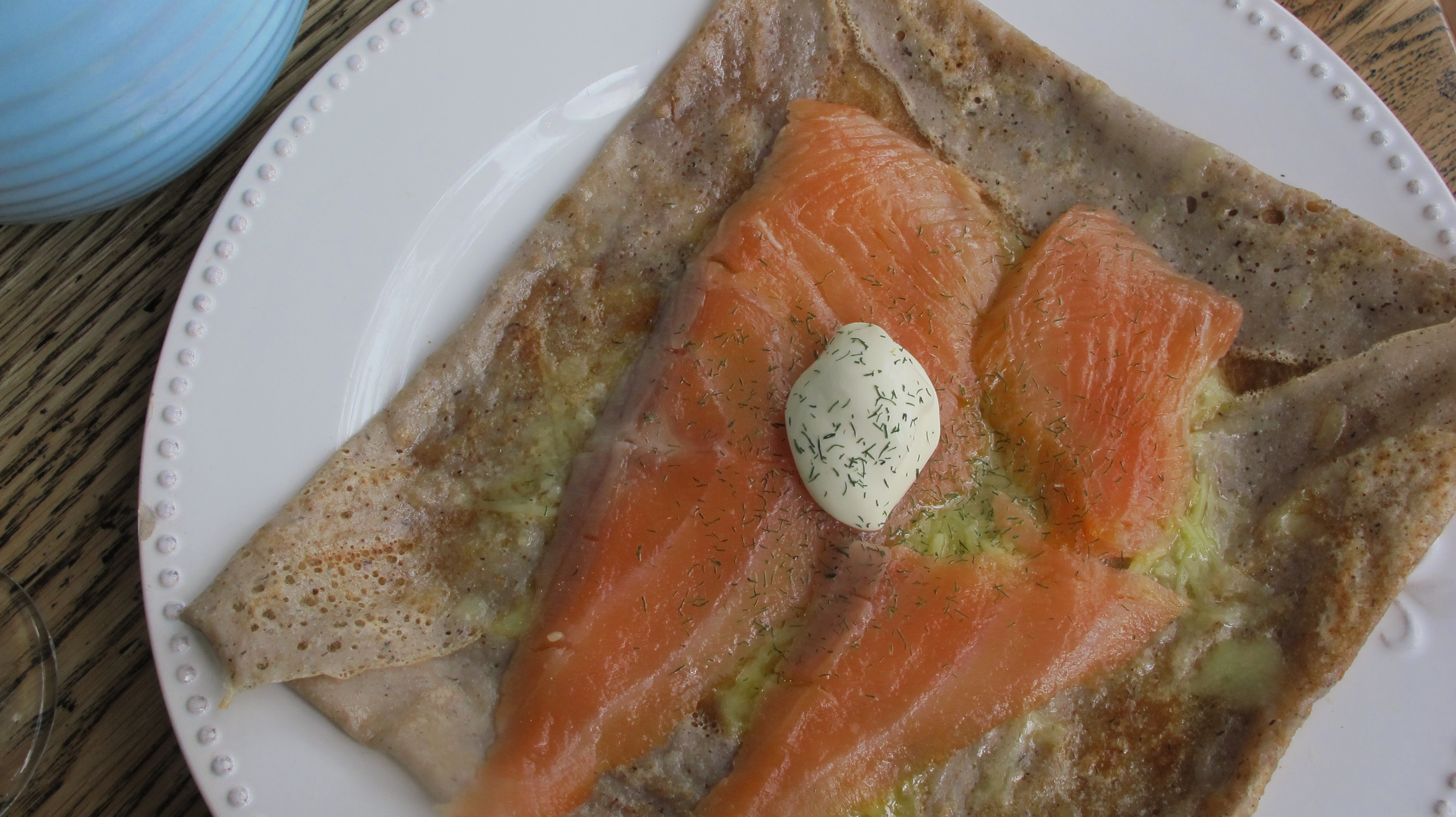 Anni and I both opt for a galette. I can’t go past the classic jambon-fromage (ham and Swiss gruyère cheese), while Anni chooses smoked salmon with gruyère, crème fraîche and dill. Both are tasty and authentic. Other tempting toppings on the menu are chèvre frais with tomato, and blue d’Auvergne, walnut and crème fraîche. 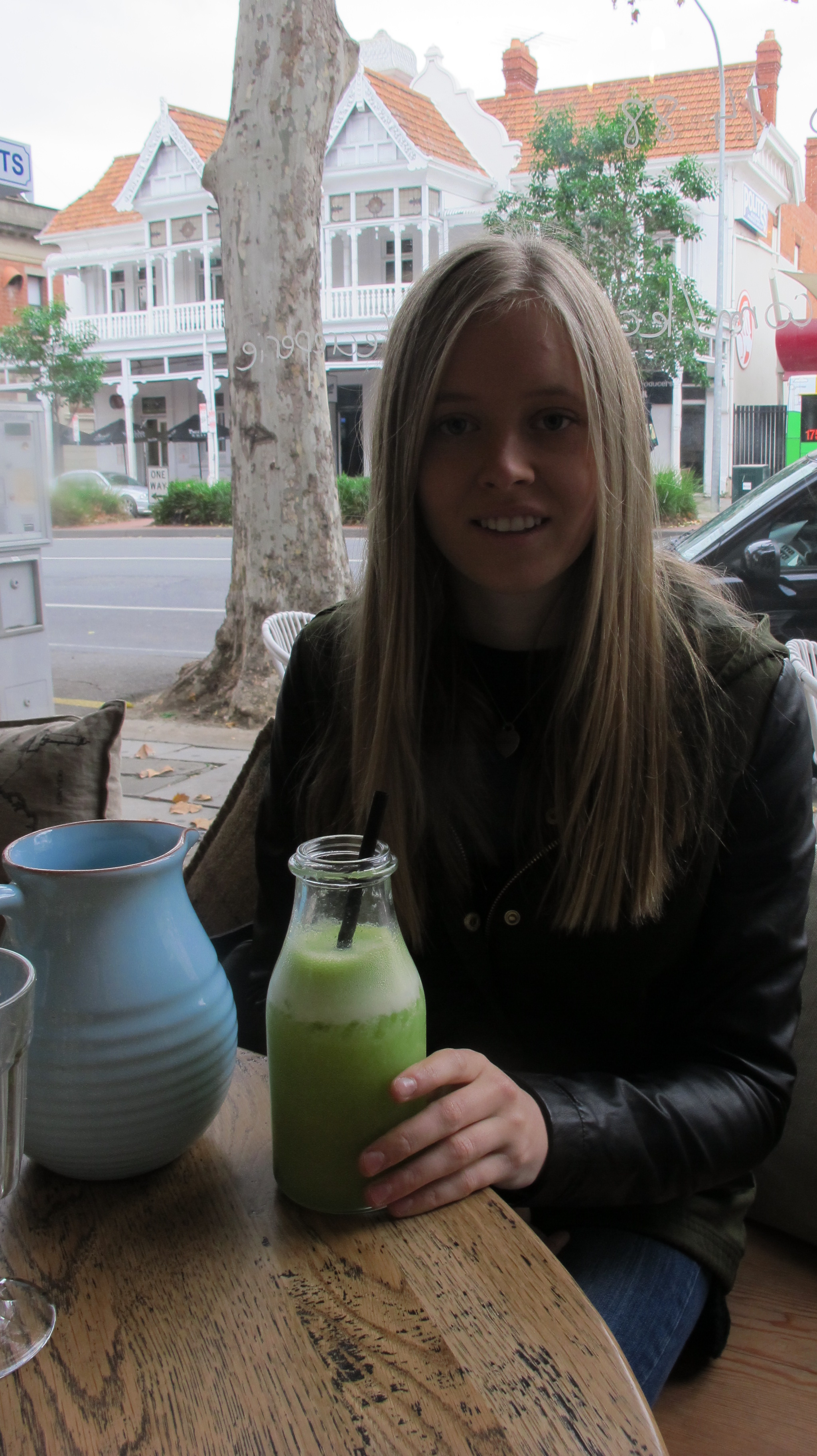 Anni enjoys a Le Vert, a refreshing green juice made from kiwi, apple, pear and grape, a difficult choice for her to make considering there is also  Orangina and peppermint cordial on the drinks list, all memories from her childhood. For a true Breton experience, diners can accompany their galette with French cider served in either a pichet or a bolée, the traditional earthenware bowl used to serve cider in Brittany, which keeps it cold.

The ubiquitous crêpe is often mistreated in France but if you’re keen to taste the real thing while visiting Paris, head to my favourite crêperie, Breizh Café, in the ever-so-cool Upper Marais. Breizh is the Breton word for Brittany, birthplace of the crêpe, and Breton Bertrand Larcher whips up the best using high quality, organic ingredients including the famous Bordier butter from Brittany and homemade salted butter caramel, available in jars to take away. There is also a list of sparkling ciders.

Le Carpe Diem is owned by Djami and Dale Goodes and after we finish our galettes we chat to Djami. I learn that the couple and their two children have only recently moved to Adelaide after 10 years in Paris where they owned a café in Asnières-Sur-Seine. Djami is Parisian and Dale is from Adelaide, and the pull to reconnect their children with their Australian roots and spend time with family here was a major force in their decision to move. There seems to be many similarities in our lives. After attending a particularly rigorous school in Paris their children are finding school in Adelaide more relaxed. ‘The quality of life is much better here for my children,’ says Djami.

We talk about The Little Paris Kitchen, a delightful show on SBS One with Rachel Khoo who cooks up French fare from her tiny flat in Paris. Djami recommends www.mylittleparis.com, an interesting website that’s full of tips, advice and idées du jour…from hot new Parisian terraces to where to buy a chic new dress for the summer. 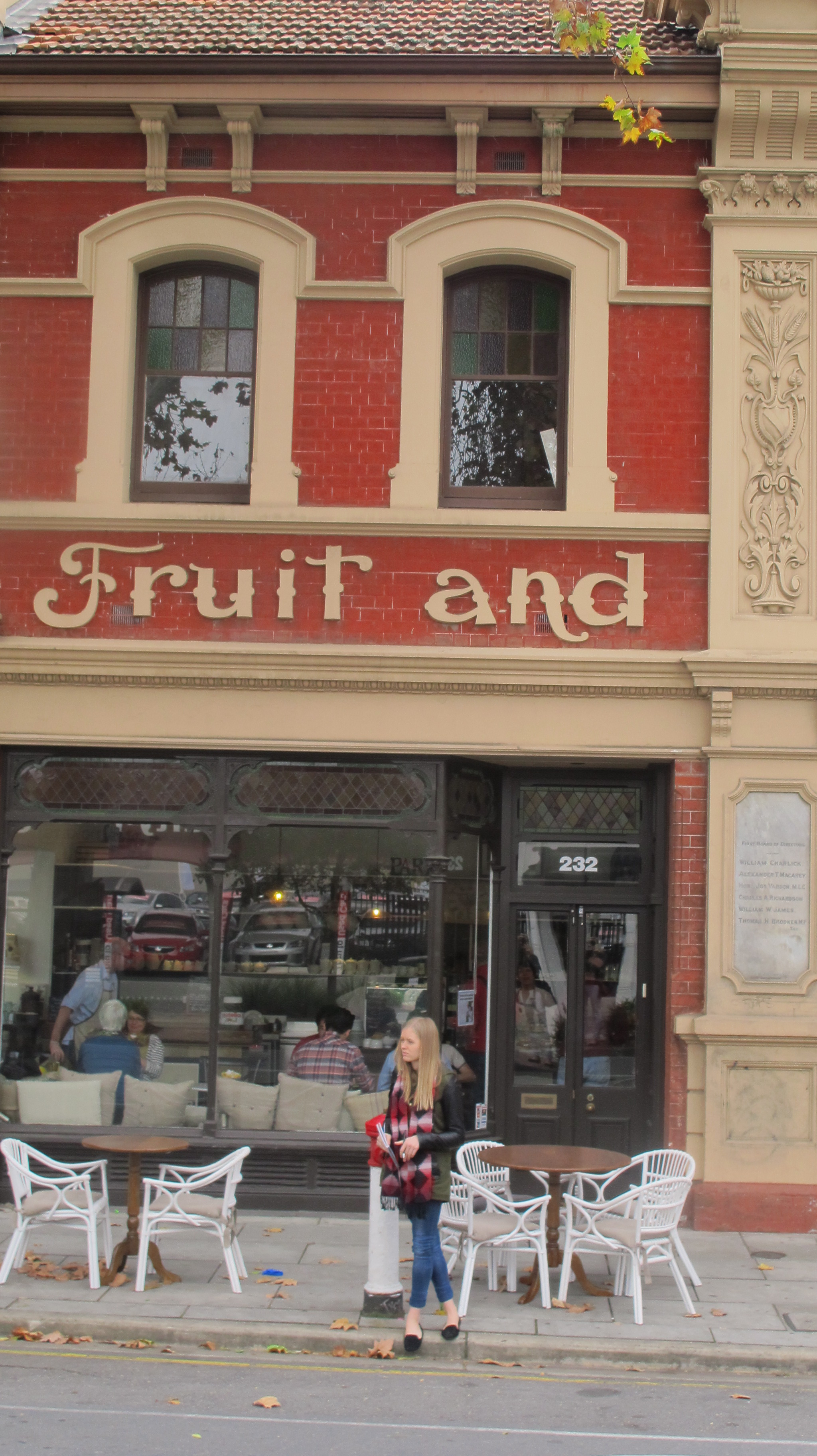 We leave Carpe Diem amid a flurry of au revoirs, already planning our next rendezvous.