Last week I spent hours trawling through boxes of old slides in order to put together a photo board for my father’s 80th birthday. In the process, I was excited to discover a stack of nostalgic shots that had never seen the light of day, including this picture below that I just had to share. 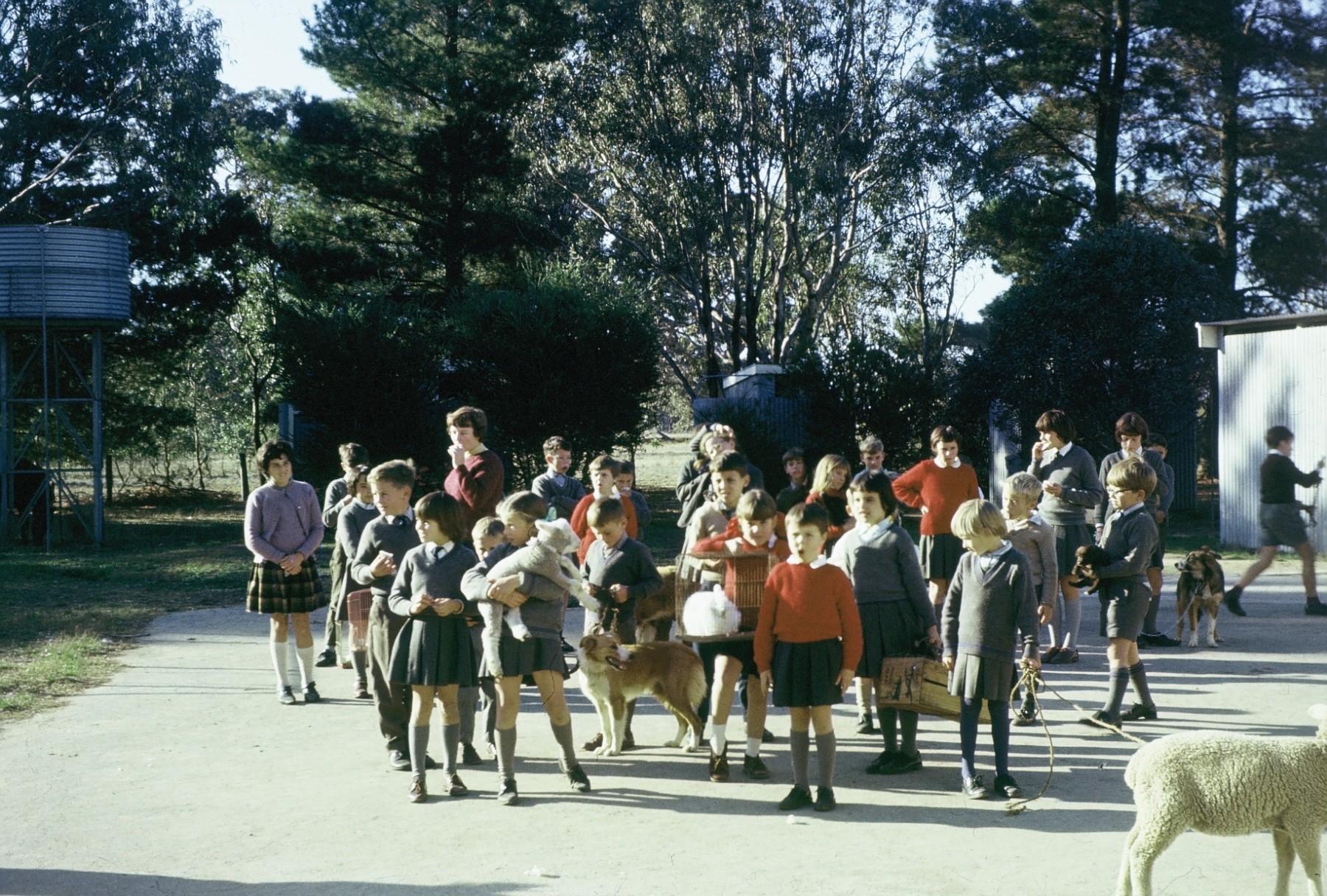 Frozen in time, it perfectly captures life in the late 1960s in a small country school in South Australia. What makes it all the more precious is that formal class photos were scarce; in fact I have few shots of the era at all so you can imagine my delight when I stumbled upon a slide of the whole school, grades 1 through to 7.

This photo is of the school Pet Show, an anticipated event that saw this bunch of farm kids bundle up their favourite pets and bring them to school to show and parade, resulting in an intriguing menagerie of dogs, cats, rabbits, birds and lambs…I vaguely even recollect a calf! I can’t help but ponder just how different my early school days were from my daughters’, who, a generation on at the same age, attended school in the centre of Paris.

I’m the scrawny little kid in the front right of the photo holding the lead on one of the numerous pet lambs we bottle-fed during my childhood. My elder brother is in the centre of the photo with his dog Lassie (no comments on the imaginative name please!) who won the Pet Show. A much loved dog, Lassie was the only sandy-coloured border collie I remember on the farm in a long line of black-and-white sheepdogs, and the only photo I have ever seen of her.

Now I just have to try and work out who everyone is! 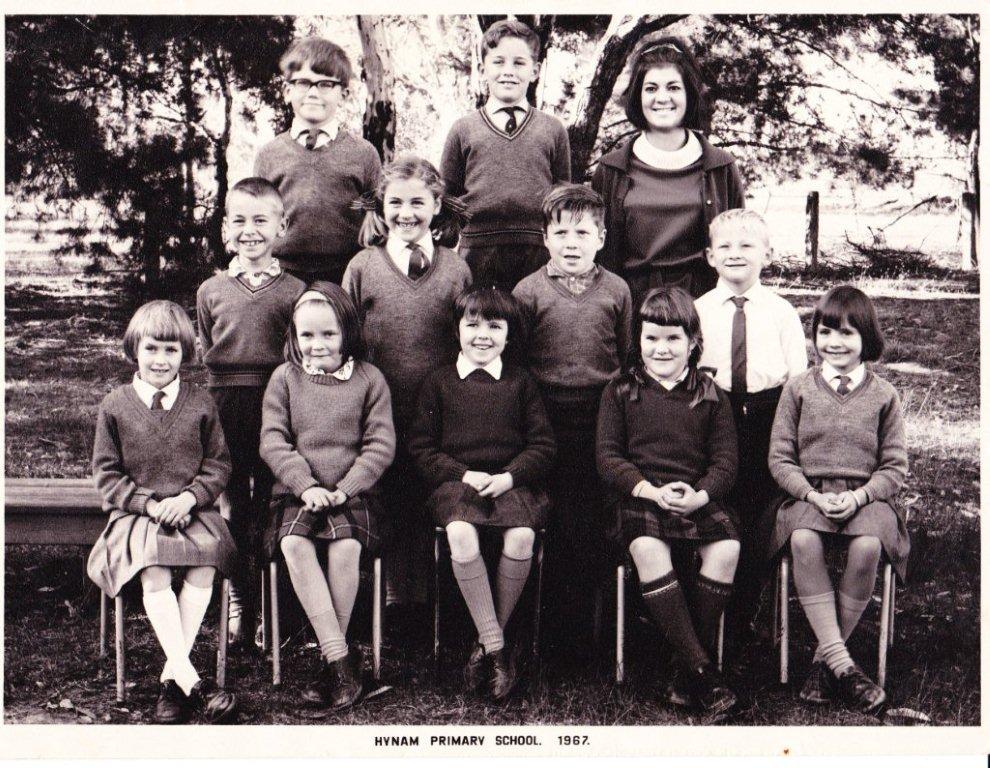