I open the door to jazz playing and a heavenly sweet smell in the air. Gorgeous bouquets and blooms carpet the floor in green, pink and white, ready for delivery. Florists are busy hand-tying posies and snipping stems as they chat and wrap. There are urns of lilacs and pails of daisies. I have fallen upon the absolutely charming little florist shop,  Bloomsbury Flowers, on Great Queen Street. 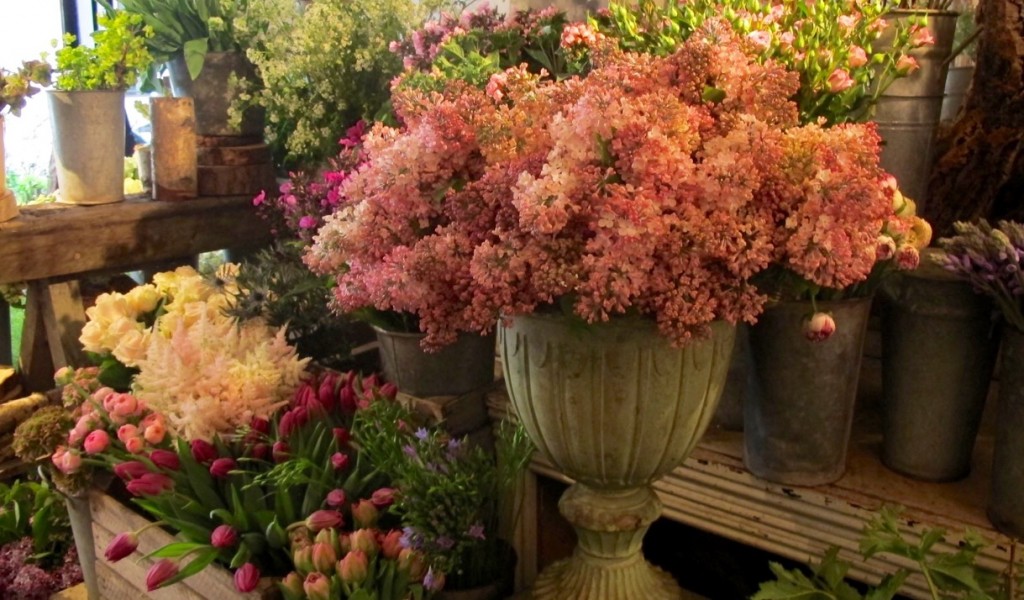 Covent Garden is divided by the main thoroughfare of Long Acre, and here on the southern side sits the piazza and most of the grand buildings, theatres and cultural facilities. It’s behind the curtain, however, in the streets back and beyond, that you will find the area’s full scale of delights.

‘At the moment it’s all lilacs, tulips, Guelda roses, and ranunculus,’ says owner Stephen Wicks, who runs the shop with his partner Mark Welford. Both are former dancers with the Royal Ballet and supply the flowers for the Royal Opera House. They have also opened a second shop in the courtyard of the stylish Ham Yard Hotel. 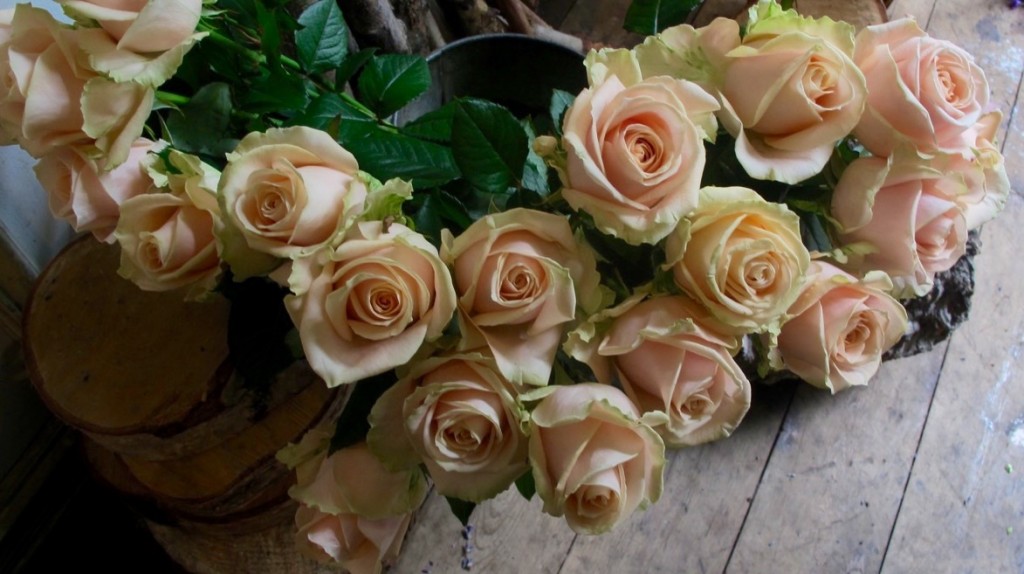 Compared to Paris, which is filled with corner florists, I was surprised to find so few in London. ‘Many have shut their doors, the rent is prohibitive,’ says Stephen. The shop uses a lot of foliage and herbs, and as much English produce as they can to support local growers. There are peonies all year round, however, and they deliver right across London – handy to know if you wish to order a particularly beautiful bouquet for a special occasion. 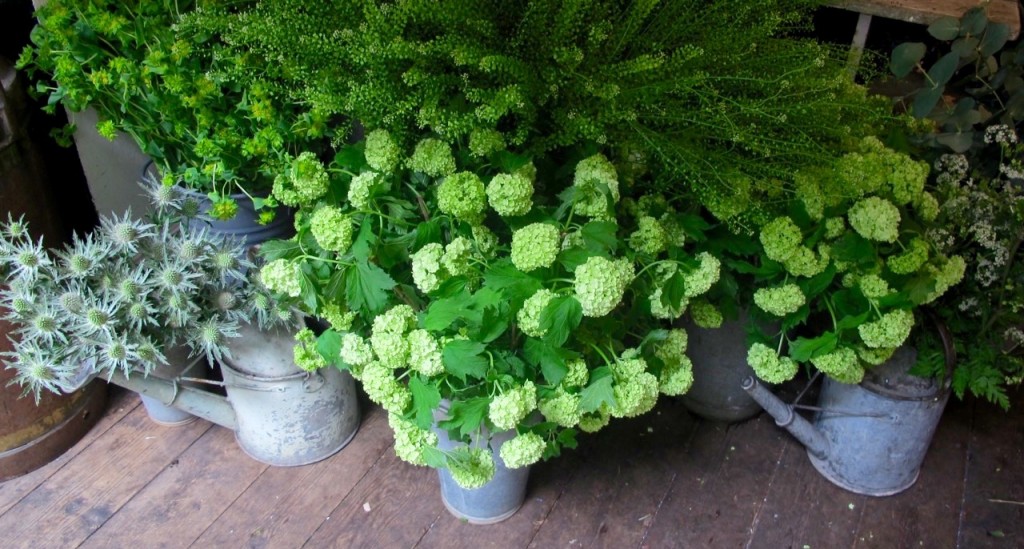 I often find myself asking the owners of boutiques I am drawn to for their favourite addresses nearby. It’s a sure way to dig out places that the locals love and frequent, and I enquire about Stephen’s favourite dining spots in Covent Garden.

A couple of doors up is Great Queen Street Restaurant. ‘It’s cosy and busy, and very English. We love their seven-hour roast leg of lamb with a hot pan of potatoes. It’s perfect for a slow Sunday lunch.’ He takes me to meet the owner. I discover that on Sundays, depending on the time of year, there’s also traditional roast Swaledale beef with Yorkshire pudding & all the trimmings, and suet crust steak & ale pie. I put it on my list to return to (although it’s rather pricey). Just as heartening is that fact that it’s part of the Anchor & Hope Group who own three premier pubs in London: The Canton Arms, The Camberwell Arms and the Anchor & Hope. Like most restaurants in the area, they do a pre-theatre menu.

‘Great Queen Street dates from 1612 and was one of the first streets in London,’ says Stephen. ‘Our shop was at one time occupied by an importer of Dutch tulip bulbs.’ The street is also home to milliner Stephen Jones, and Walker Slater, Edinburgh’s tweed tailor.

Stephen’s other favourites nearby are The Ivy Market Grill, and Jar Kitchen, an imaginative little café that’s just opened up around the corner on Drury Lane but feels far from the bustle of the market and theatre crowd. Berlin-raised chef Dominik Moldenhauer comes straight from Dinner by Heston Blumenthal, having previously headed up the kitchen at The Greenhouse in Perth, and there is indeed an Aussie feel to the some of the dishes. An Ottolenghi-style vegetarian dish of mixed grain salad with roasted heirloom carrots, coconut yoghurt and pomegranate tempts for lunch. The Covent Garden food renaissance continues. 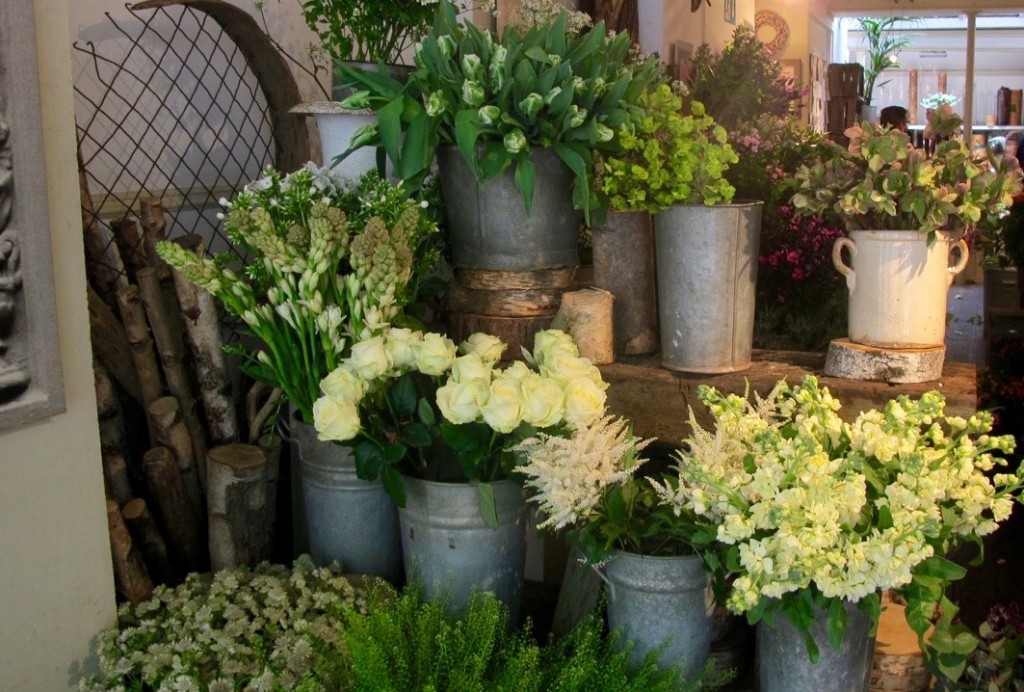 As Stephen wraps a spray of lily of the valley in a flourish of lilac tissue paper he says, ‘Oh, but you must go to Petersham Nurseries! I just want to move in…and the food!’ (Yes, I did. I agree. It’s divine.). He pushes the spray under my nose and says, ‘Smell this, isn’t it amazing? For you, it’s the first of the season.’

I leave with my scented spring lilies and a smile on this lovely spring day, and make my way towards Somerset House for lunch at Spring Restaurant (stay tuned), past the imposing main entrance of the Royal Opera House. If you can’t make a ballet, backstage tours are available for a behind-the-scenes glimpse of the sumptuous auditorium, and afternoon tea is served in the Paul Hamlyn Hall. Originally intended as a fruit and flower market, the hall was famously depicted in Pygmalion, and as the Covent Garden market setting for the musical My Fair Lady. 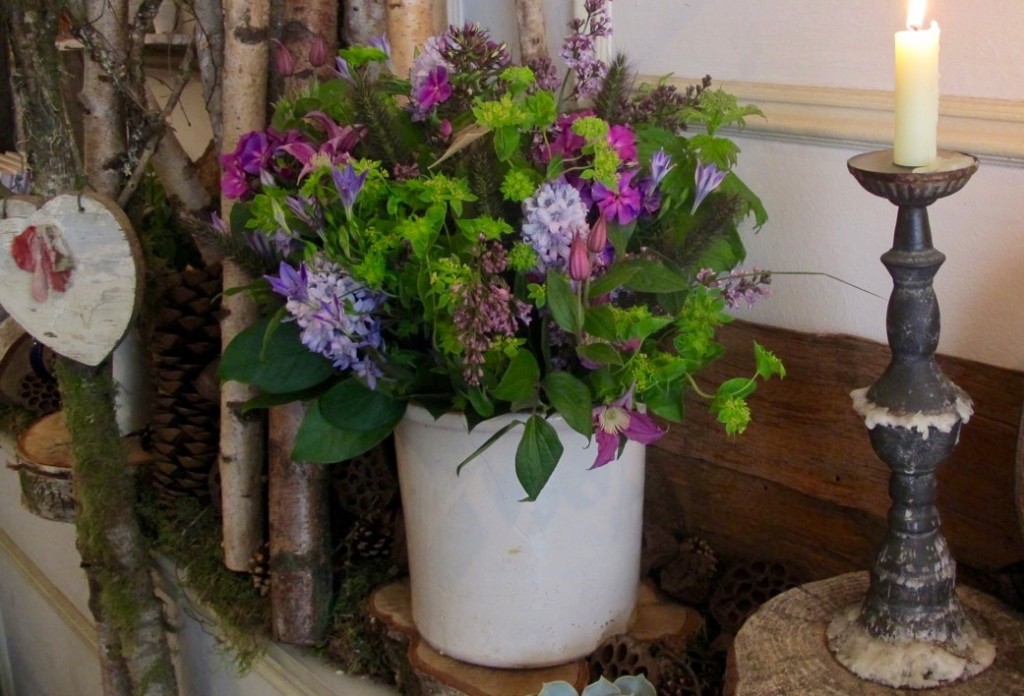 ‘With freedom, books, flowers, and the moon, who could not be happy.’