One of my fondest memories of mussels is a lunch of moules frites in a cosy restaurant on the Grand Place in Brussels, snug at a window table, snow falling softly outside. I have dug into my fair share in France too, when come September, cafés and brasseries are busy cooking up moules frites and serving fragrant bowls of mussels in a myriad of ways. Add some crusty baguette and a carafe of wine, and it’s an inexpensive and delicious way to spend an evening. In season, the produce markets in Paris are also laden with mussels, noisily scooped into buckets like seashells, and sold by the litre. Look for the superior moules de bouchot. Their full flavour is partly attributed to being underwater at high tide and exposed to the maritime air at low tide.

France’s mussel-growing is concentrated in Brittany, but some of the most prized mussels are from Normandy. Bouchot mussels from the bay of Mont-St-Michel are nurtured in the waters in front of the Benedictine abbey, and farmers have been using the same growing methods since the ninth century.

Dreaming of slurping up some good mussels in rich broth, my interest was piqued last week when I read that Kinkawooka Shellfish was celebrating their new season Petit Bouchot Mussels with a traditional cook up at both the Adelaide Central Market and the Adelaide Showground Farmers’ Market. Riding on a wave of success following their 2011 Delicious Magazine ‘Product of the Year’ award, Kinkawooka (an Aboriginal word meaning clear water) has again produced a small, seasonal crop of the classic French style petit bouchot mussels, adopting methods used in the traditional farming of mussels in France.

And so, last Sunday morning I rugged up and headed for the Farmers’ Market. I grabbed a strong, creamy latte from the Abbots & Kinney caravan at the entrance just as the bell ‘rang in’ the market, and made a beeline for the Kinkawooka stall. 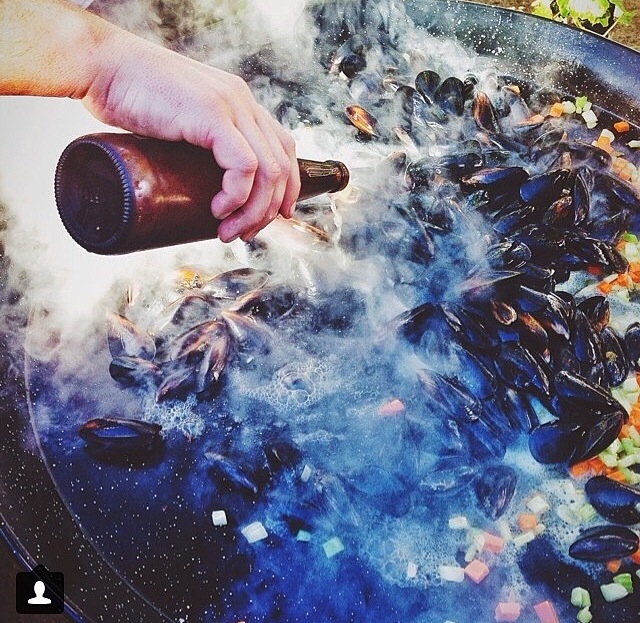 Soon I was talking mussels with Kinkawooka’s Andrew Puglisi, a fifth generation fisherman. I discovered that their petit bouchot mussels are only available from the beginning of June to the end of September, in limited quantity, before the launch of the mussel season. Characterised by their small size, soft and tender texture and sweet flavour they are one of the most prized eating mussels in Australia, and snapped up by chefs.

The revered shellfish company has developed a genius vacuum-packing system called sea-sure that re-creates the briny environment the mussels are plucked from, helping to reduce stress on the live mussels and preserve their natural sweetness and softness, resulting in a mussel that is far superior in freshness and flavour. It also means that live mussels can be whisked to domestic and overseas retailers within 48 hours of harvesting.

The Kinkawooka mussel farms are located in the deep, cold, pristine waters of the Great Southern Ocean on the West Coast of South Australia, with sites across Port Lincoln’s Boston Bay. A leader in the aquaculture industry in Australia, the company surpasses the most rigorous standards of quality assurance and is a standout in sustainable aquaculture, ensuring minimal impact on the environment. Like all of Kinkawooka’s mussel crops, les petits bouchots are seeded using spat harvested from the wild. 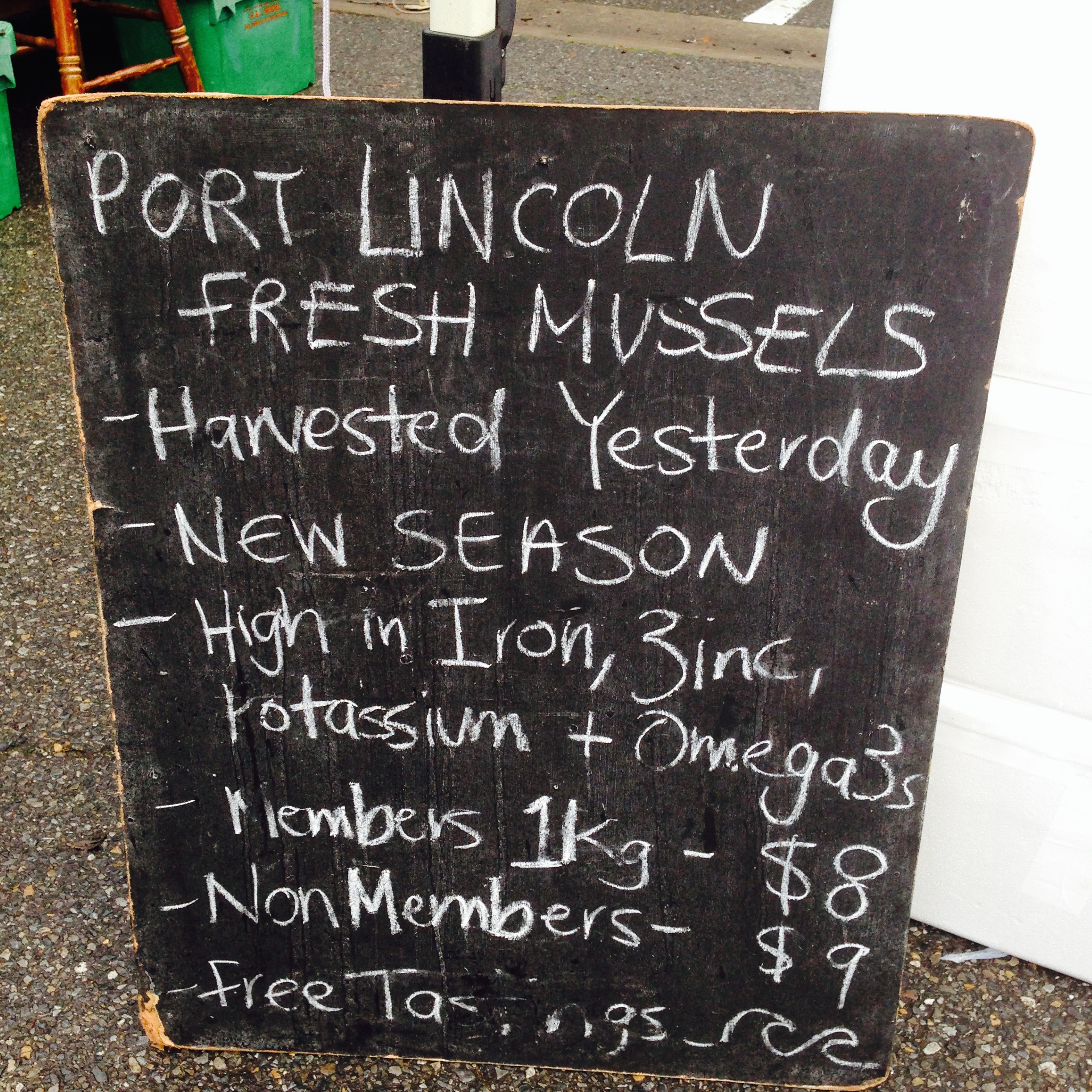 For me, the real drawcard is that these fresh-as-a-daisy mussels are pot ready; scrubbed clean, de-bearded and ready to go in 1 kg bags. Take away the usual prep time, and a meal of mussels is incredibly quick and easy to cook and plate up. Andrew also tells me that they are rich in omega 3, iodine, potassium, zinc and selenium, and have more iron than a fillet steak! Oh, and that old wives tale about throwing away any that are unopened after cooking – simply not true. Prise open and eat. Do, however, throw away any that don’t smell fresh and sweet.

After picking up a recipe with my mussels, a kind of moules marinières with cider, I gather a few other goodies called for in the recipe and head home for a cook up.

I melt a walnut-sized knob of butter, add a sliced shallot and a fat clove of tangy Bull Creek organic garlic. 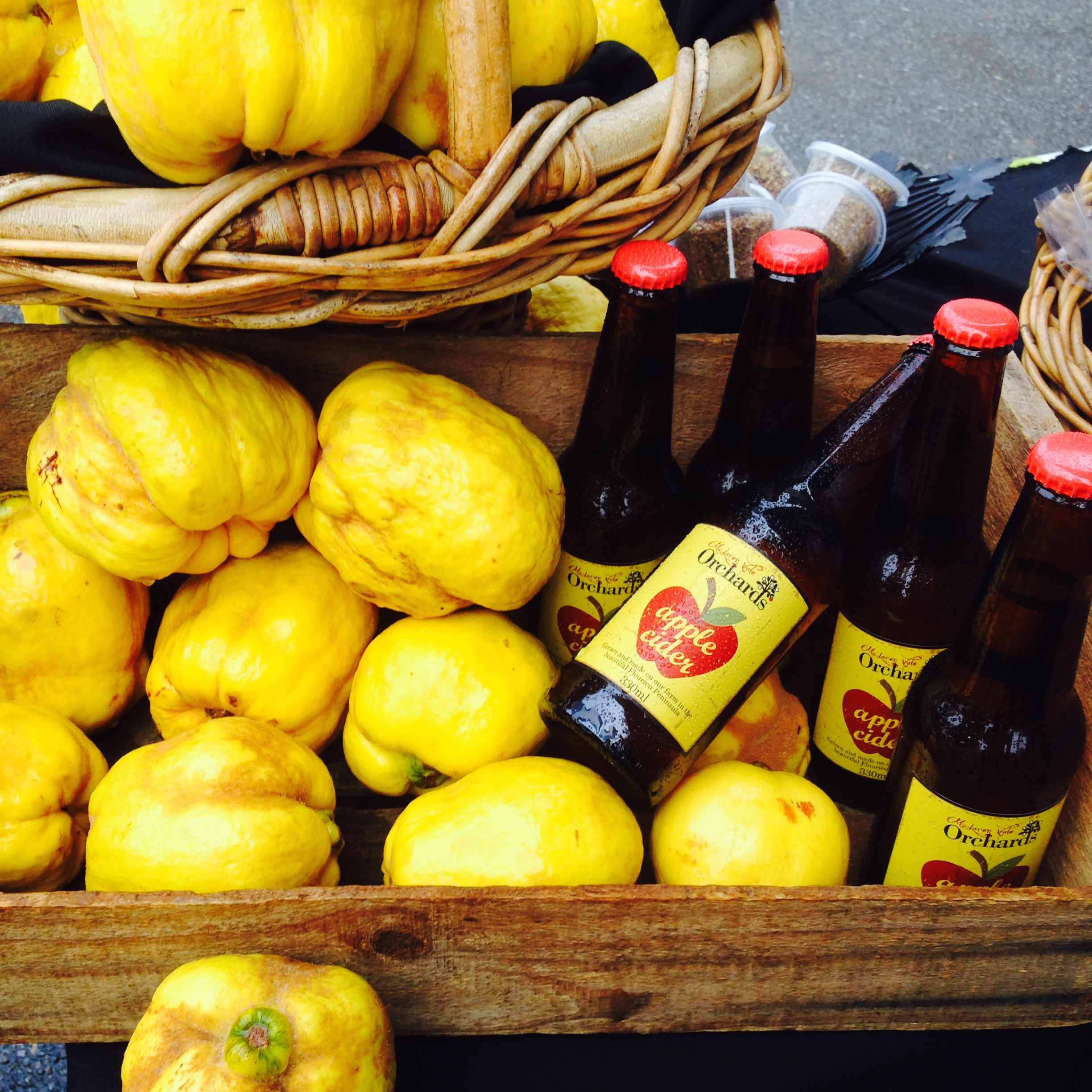 Next, I glug in 100ml of apple cider from McLaren Vale Orchards, pour in my 1 kg bag of mussels and cook with the lid on for around 3 -4 minutes. Et Voilà! The mussels open. I throw in a handful of chopped flat-leaf parsley and stir in a tablespoon or so of incredibly thick and luscious crème fraîche from the Alexandrina Cheese Company, made from pure Jersey cream. 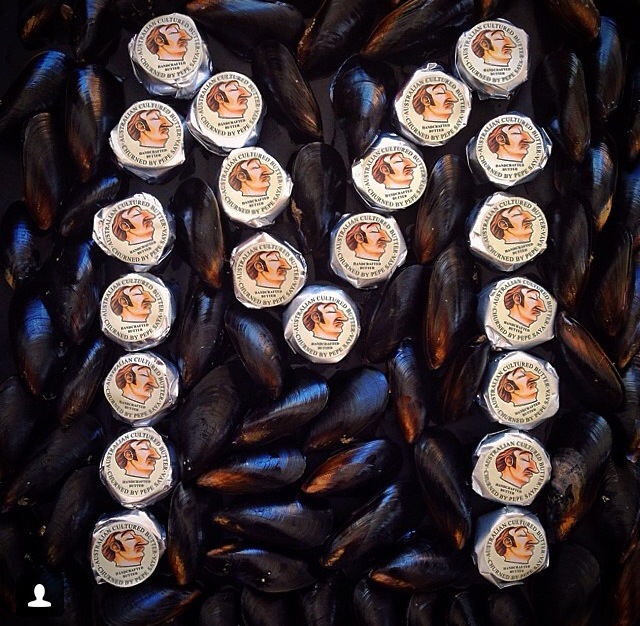 I ladle the rowdy, clanging mussels into bowls and serve with rustic bread and cider. They are sweetly perfumed and soft, the broth wonderfully intense and as I slurp it up I am transported, for a moment, to France.

N.B. Kinkawooka mussels are also available at Foodland and Romeo IGAs around Adelaide, Samtass Seafoods in Keswick and at the Willunga Farmers’ Market on Saturdays.